MasterCard is focusing on building its own crypto team. Recently, it has posted job openings for 28 crypto experts for the same. The platform offers credit card, prepaid card & debit card payment services to its huge user-base.

The new plan to create a crypto team will have its ‘blockchain headquarter in San Francisco, US. The hiring will be done for almost all the posts, ranging from the Director to Vice President, to the other crypto-experts such as software engineers, data analysts, etc in the team. The pre-requisite for hiring anyone for the various roles enlisted on the company’s website is- a thorough knowledge of blockchain technology and cryptocurrency’s working and other functions. The person should also be well aware of how the cryptocurrency evolved and should hold a good command over national digital currencies too.

Another angle to the development of the company towards blockchain and cryptocurrency embracing is that given MasterCard is a member of Libra Association, therefore, by extension, whatever growth the company will harness at its own level, it will have a positive effect on the association’s twenty-seven member companies.

On the other hand, the Head of the Libra Association- David Marcus, in an interview, said that Libra will act as an ‘interoperable currency.’ With regards to the crypto wallets being used, ‘Calibra’ will be one of them. In the job openings posted by MasterCard Inc., there has been a vacancy for the post of ‘Director of Project Manager’ for crypto-wallets. In can be deduced in two directions i.e.- either it means that this recruitment will offer a supportive hand to Libra, or the other possibility can be that there are chances of MasterCard can go independent, self-reliant way.

Overall, in the financial landscape, there has been observed an inclination of migration from the credit or debit card payment systems to encrypted wallets. The inclination is driving major companies as well as the Central Banks in the industry to follow the suit. The focus is also on having blockchain accessible on the smartphones of the user. That is the reason, companies such as MasterCard Inc. are heading towards embracing cryptocurrency and its related technology.

MasterCard’s move in the direction of crypto team development is a good sign and can prove to be a good competition to Facebook’s plans to launch Libra. Looking at Facebook’s plans to launch the much-awaited Libra, now seems to be a bit bleak, based on what happened recently. The company stated that the regulations are a major challenge to overcome, given the regulatory scrutiny is getting tighter. According to nations, this project will require ‘highest standards’ in terms of the regulations for it to be efficiently running across the vast user-base of Facebook across the world. Before this feat can be achieved, it has been a common suggestion to halt the project for the time being. It would be a better idea to go slow and be in control of the situation than to launch into an uncontrollable situation. Apart from regulations, another challenge that revolves around Facebook’s plans to launch Libra is the lack of experience and insight on the digital currency and the blockchain technology. In all this, MasterCard’s move towards Libra and establishing a crypto team can be a smart move towards further growth.

As of now, the company has not revealed any statement. This may lead to the gathering of the cream experts both from executive brackets as well as from the employees’ brackets. Crypto is the future. Every day we get some of the other news that speaks volumes about how companies and individuals alike are getting attracted to the crypto world. The fascination is not just because it is a new way to venture into, but rather it holds a lot of potentials.

DigiByte Price Analysis: DigiByte (DGB) Touches One of the Lowest Points of the Week

Bitcoin Vs. Ripple: Bitcoin (BTC) & Ripple (XRP) Are On Track; May Become the First Two to Bring Rally 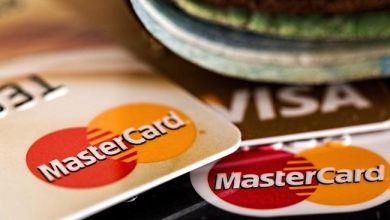 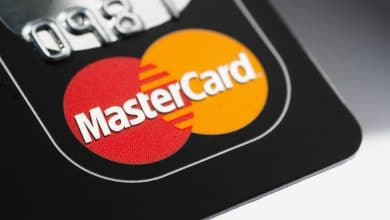