A recently released Messari report found that “with MachineFi, IoTeX has the opportunity to lead the charge in enabling a new generation of decentralized apps powered by real-world IoT data.

The reports said that “thanks to the Internet of Things (IoT), devices in the real world are getting smarter — be it wearables, home appliances, or connected cars. The economic value created by these devices may reach $13 trillion by 2030 — that’s more than half of the U.S. GDP in 2021 ($23 trillion).”

Market intelligence firms estimate that by 2030, each person could own about ten smart devices. IDC predicts that by 2025, nearly 60 billion IoT devices will be IoT connected, and IHS Markit estimates that by 2030, that will be 125 billion.

What currently hinders the $13 trillion potential from realizing IoT devices are somewhat siloed. “Think of an Alexa not speaking with an Apple Watch,” Messari explains. “Or a Tesla not communicating with local Arduino weather stations. An inherent design limitation prevents IoT devices from communicating with each other, and IoTeX aims to bridge this gap by enabling secure communication between various IoT devices.”

As Messari explained, IoTeX gathers raw data from tamper-proof IoT devices via a network of decentralized nodes with W3bstream, the most technologically-advanced data oracle. This unique data L2 protocol is scheduled for release in the coming weeks, according to their CTO and Co-Founder, Qevan Guo.

In late November 2021, IoTeX launched MachineFi Lab to lead its machine financialization vision, which it described as “an innovative combination of machine and DeFi to monetize machine-driven data, events, and tasks that unlock a trillion-dollar opportunity in the Metaverse and Web3.”

In essence, MachineFi is a revolutionary and groundbreaking Web3 economy that decentralizes smart device and machine connectivity to empower people to regain control of their data and the value it generates.

With its unique and disruptive technology, IoTeX creates a whole new reward economy, enabling people and businesses to benefit from their data and intelligent gadgets with infinite x-to-earn and proof-of-anything dApps.

In an exclusive interview with CryptonewsZ, IoTeX CEO and Founder Raullen Chain said that MachineFi Lab, IoTeX’s core developer, has “built cutting-edge web3 technology enabling rewards for millions of people for contributing data and resources from billions of smart devices and carrying out everyday activities.”

He said those activities could range from “visiting a local store or participating in a local event to earning benefits from business owners or event organizers. Also, from contributing TV viewing habits for marketing research and driving safely for lower insurance premiums. Sleeping well to earn a bonus from employers who value employee’s productivity and level of happiness.”

Rewards could also come from insurance companies. Medical insurance providers know healthy people pose fewer financial risks. “They would clearly see the benefit in rewarding people for leading a healthy lifestyle as they currently do with our IoTeX ecosystem partner, Health Blocks.”

Currently, user data is estimated at $3,000 per year. With more smart devices and machines per user, that value could increase exponentially in time, said Chai. “If data is the new gold, then smart machines and devices are the new gold mines,” he concluded. 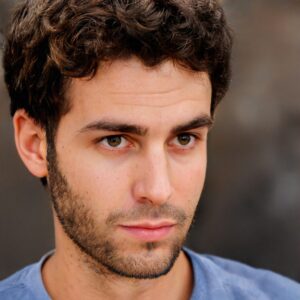 The Sandbox Invests in INDEX GAME to Boost Its Metaverse Experience