There’s a growing debate in the crypto industry between the supporters of Bitcoin and other altcoins, about the general value, legitimacy, and usage. While some argue that each coin has its own value, others think all cryptos except Bitcoin will fall down someday. However, giant investor and market analyst Michael Novogratz made an interesting point during a TV interview. He compared Bitcoin with gold, and other altcoins with utility metals like iron, copper, bronze, etc. Novogratz said,

The former Goldman Sachs partner said that Bitcoin must be the store of value, or in other words, a financial asset, and other tokens, like Ripple, TRON, Ethereum, etc. must be used in daily life, much like the utility metals. Recently, Novogratz made headlines when he made a prediction that Bitcoin will rally up to $20,000 apiece within the next 18 months, though the price has seen negative growth for the past few weeks, dipping as low as $7,860 earlier this week.

In his interview, Novogratz also emphasized the importance of decentralized monetary systems, citing examples of the declining value of 40 global currencies in the last few months. He also stated that decentralized economies are important to keep the rights of the citizens intact in a time where governments are misusing their control over monetary system and customer data to counter the protesting citizens by blocking their money in banks and shoving them away from the mainstream systems.

Coinbase Acquires E-money License from the Central Bank of Ireland 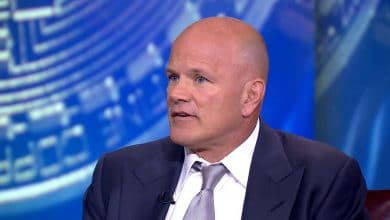