MicroStrategy, a business analytics company, recently announced that they have acquired an additional 253 BTC with $15 million to increase their overall Bitcoins holdings to 91,579 BTC as of April 5, 2021. This implies that MicroStrategy has purchased each Bitcoin for $59,339 and has invested an overall amount of $2.226 billion in Bitcoin. Thus, as per SEC’s (the United States Securities And Exchange Commission) report, the average price at which the Bitcoins were acquired by MicroStrategy, including all fees and other expenses, now stands at $24,311.

In present times, the crypto market has become quite eventful, and on Monday, April 6, 2021, the cryptocurrency market capitalization rose to a value of $2 trillion. According to reports from market trackers CoinGecko and Blockfolio, the upsurge resulted from Bitcoin’s market cap enhancement. In mid-March, Bitcoin touched its highest milestone as of now when its price hit $61,000. This helped it achieve a market cap of $1 trillion. According to pricing analysts and crypto experts, as long as Bitcoin’s price is remaining above $53,000, its market capitalization will not descend below $1 trillion.

With the recent developments in the crypto market, everyone seems to be wondering if Bitcoin is going mainstream soon. There are some possibilities for it, especially after Elon Musk’s Tesla declared that they are willing to accept payments in Bitcoins for Tesla car purchases. The founding stones for Bitcoin’s incorporation into the mainstream are already beginning to be laid.

However, there are still speculations whether Bitcoin is really the future of digital currency or just another illusion created by the world. When financial experts are being consulted, reality seems to be lying somewhere between the two extremities.

If you go by Wall Street’s 30-page report, the crypto economy seems to be entering a pivotal point now ever since its creation and journey so far. A lot of support is being extended from various channels to the crypto economy. Bitcoin itself has become too large and influential. Plus, endorsement of Bitcoin, Dogecoin, and other cryptocurrencies by public figures and big business magnates like Elon Musk creates a global impact on cryptocurrencies altogether. Visa has decided to support USDC (USD Coin) transactions so that Visa users can make payments and do transactions in stablecoin via their Visa cards. Further, Coinbase, the USA’s largest crypto exchange, has declared to go public from April 14 of this year. Several Central banks worldwide have also come into action to create their own CBDCs (central bank digital currencies).

So, if you closely observe all the activities happening in the crypto market, you can visualize a pattern or trend of improvement, which will be indicative of the fact that perhaps crypto is here to stay longer than being presumed by a few. However, investing real money for digital currencies still appears to be a daunting task for many and, therefore, being apprehended. This is due to the high volatility of Bitcoins and other cryptocurrencies.

Investing in Bitcoins and other crypto assets might seem tempting. However, if you go by the advice of John Maynard Keynes, then you should remember that the markets can sometimes remain illogical longer than your capacity to remain fluid with your investments. Thus, before exhausting your precious funds, you must carefully consider all terms, conditions, and risk assessments and then take a final step to invest in a crypto asset of your choice. For newbies, it is suggested to go for more stable crypto assets and begin with smaller investments. 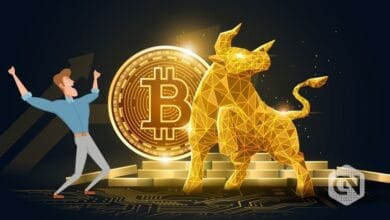