XMR, Monero’s is quickly becoming a favorite tool for those interested in the anonymity offered by this blockchain network. After a price action that can generously be called a bull run, XMR is on a path to retracement. Something unique about monero is the wick on both sides of the candle indicating an ambiguity in its price action.

After hitting a new monthly high of $261 on 30th July 2021, XMR still couldn’t initiate a bullish sentiment since it was still trading below the resistance of $267. The failure to retest and cross its immediate resistance has acted inversely for XMR initiating a profit booking. 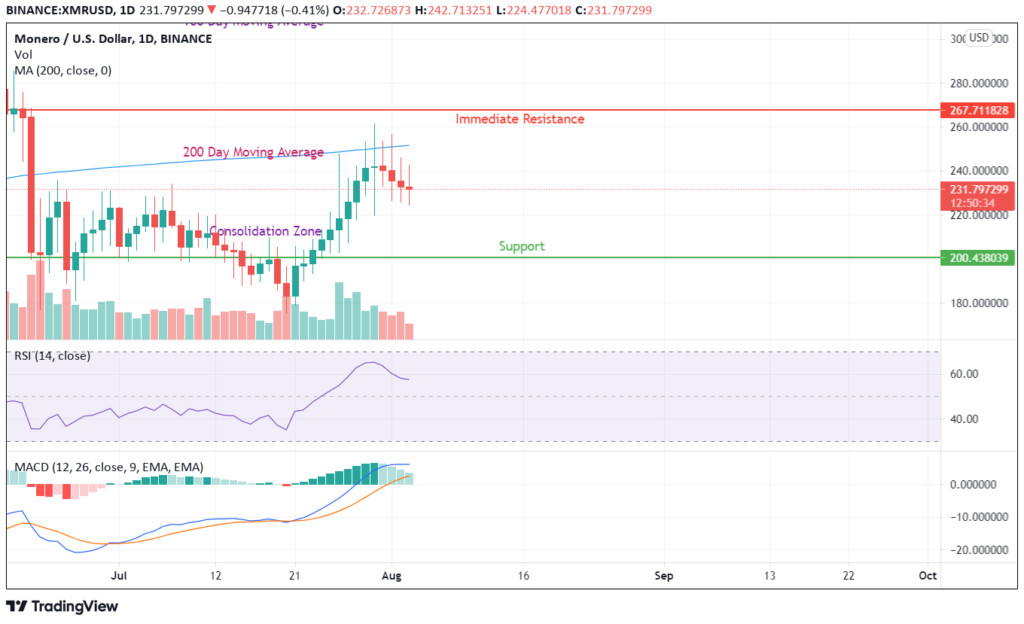 Technical indicators on Monero indicate the end of the current bullish swing. Traders can witness XMR move towards the psychological support level of $200. While there are chances of the downward trend to subside, one should be cautious of XMR’s potential to go down again. MACD is indicating the end of the positive swing, but since there are no red candles on the MACD indicator traders can remain long on their positions without worries. RSI however is pointing out the decreasing transactions and loss of buying action as compared to the selling trades on XMR. 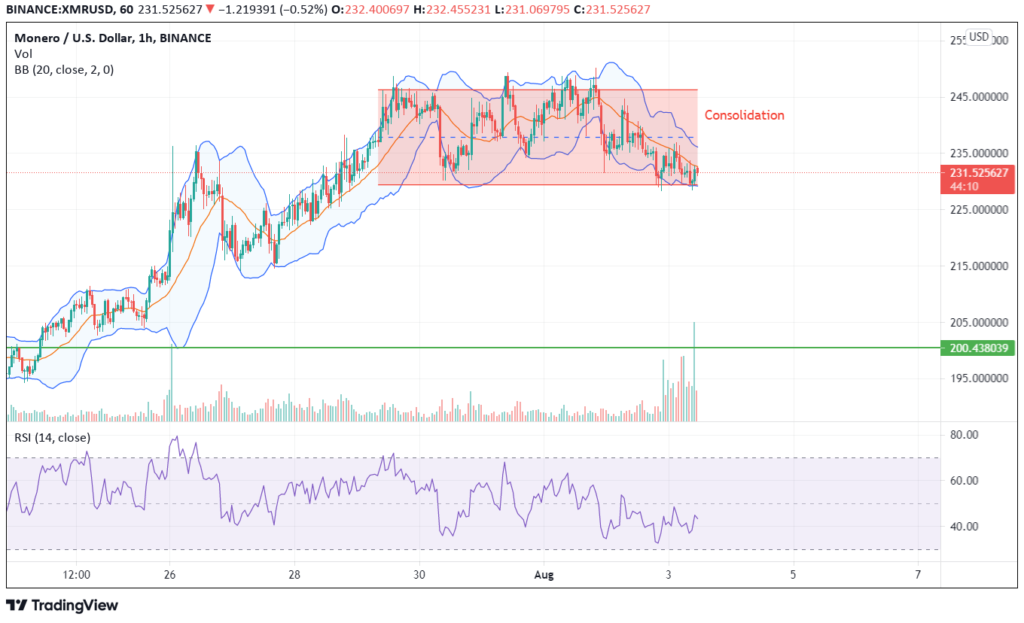 Monero is indicating a consolidation on hourly charts. But we are witnessing a substantial rise in volumes in the last few hours. The lower end of the consolidation range has initiated a full scale buying action which indicates the potential for XMR to give a breakout from the current levels. While contraction of the Bollinger bands is an indication of a smaller downside in the current time frame. Based on our Monero forecast, the coin price can fall back to the $215 – $200 range if the buyers lose interest. Watch out for the RSI to reach over 60 for fresh buying. At current levels, the risk to reward ratio is not worth the potential downtrend. There should be an upside swing from $215 levels.