Monero outscored its competitors by simply offering the users what they required, a privacy-focused transaction system with subsequently lower transaction fees. Hiding their essential data from the system allows greater confidence in the currency for the future that can neither be tracked nor linked with others offering a higher vote of confidence. At present, XMR ranks 29th in terms of market capitalization, which is assessed to be closer to $5 billion in overall assets.

The privacy of Monero is its strength, but this also allows Monero to be used for illicit purposes, which can coerce exchanges from dropping Monero like in 2019. Aside from this concern, Monero carries huge potential in the coming days, especially when global economies are destabilizing and people are searching for inflation-beating investment opportunities.

Monero has taken a strong bounce back from the support level of $130, which has allowed XMR to scale more than 1.2 times in the last two months. With candlestick patterns being a classic rise and profit booking on subsequent days, the trend looks sustainable, and we can expect Monero to overcome its established resistance of $330. 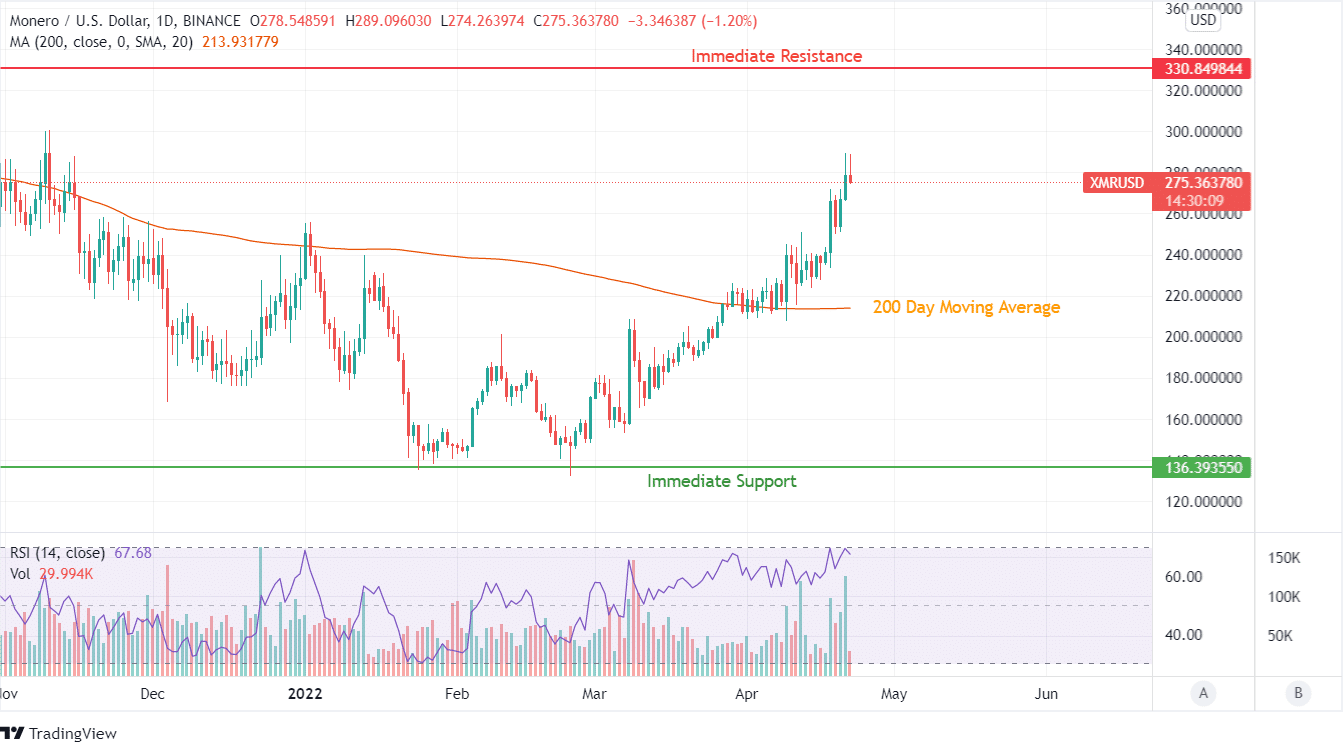 One glance at the market trend of XMR shows a bull run continuing since March 2022. This uptrend is not just filled with sudden spikes but carries a higher potential to continue with the price trend. Traders can find more information here about the future potential of XMRUSD.

Monero’s price trend is also supported by its slowly growing RSI curve, which currently hovers near all-time high levels. Apart from such minor issues, XMR is set to grow, as seen through the transactions volumes. XMR had a minor consolidation during the first week of April 2022, when it was trading near the 200 DMA curve, but was able to withhold the profit booking sentiment from bringing down the market value of XMR.

Monero is currently trading at a premium of 28% over its 200 DMA levels and remains 20% short of overcoming its immediate resistance level of $330. Post breaching $330, XMR can directly challenge the dominant levels of $400 and $500 in subsequent months. While Monero did take its time in bouncing back from a low, the current support level of $130 is placed 30% below its previous trading levels.