First, you must understand the difference between anonymity and privacy because Monero cryptocurrency focuses on anonymity, not privacy. All the data on the Bitcoin blockchain is public and can be viewed by anyone, but it is not the case for Monero. On Bitcoin, you can easily find the transaction history, and you know the sender, receiver, and amount, but Monero makes it anonymous.

Indeed, it is a leading decentralized cryptocurrency backed by an experienced development team. As taxation becomes more prominent in many countries, it seems like if cryptocurrency grows, Monero will grow with it.

Though most cryptocurrencies are down, Monero forms a sharp momentum upside. Does it signal the beginning of a bull phase? Read our XMR price prediction to know the future of this token. 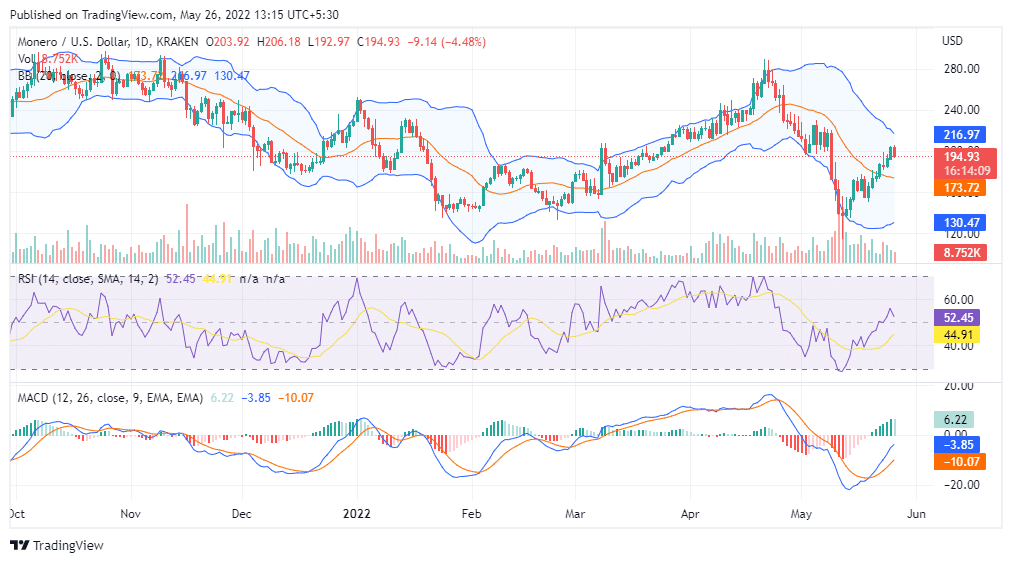 While writing, XMR was 2.30% down in the last 24 hours, but it has shown a short-term bullish rally from the level of $136. It may continue to reach the resistance level of $216. 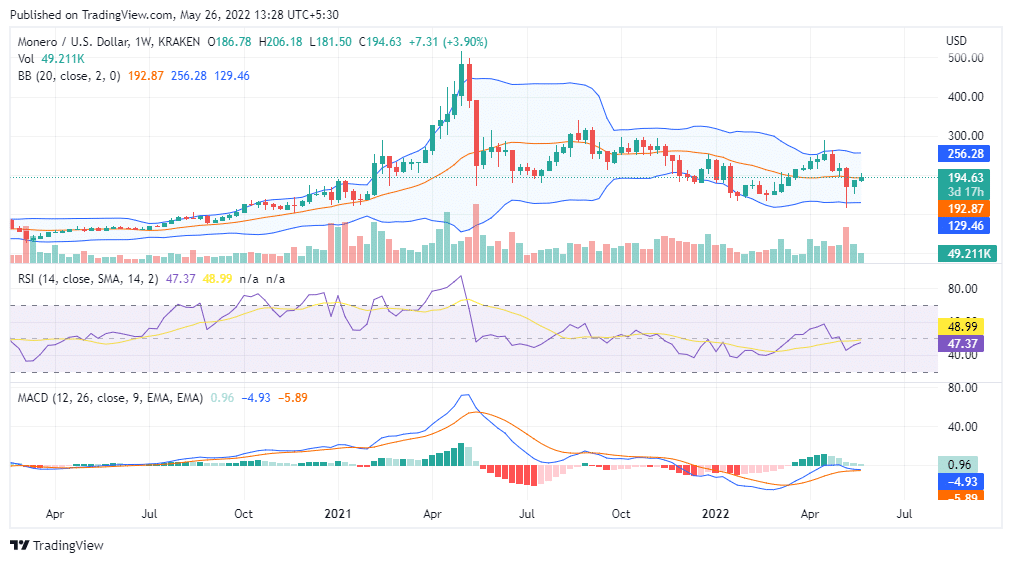 In the long-term chart, the XMR price has been consolidating within a range of $150 and $300. Most of the technical indicators are neutral at this stage, and you should not treat XMR as an asset like Bitcoin for the long term until it breaks the consolidation range.

Indeed, we think XMR will go upside in the short term, so you can invest for now. However, it is not the ideal time for long-term investing in Monero.