Monero has remained in the focus of the cryptocurrency traders since its inception in 2014. Although a lot of currencies have claimed to provide complete anonymity in transactions, however, Monero continues to be the most effective for which it is being relied upon by major players in the market. The firm has also taken a different tour in partnerships by tapping the immense potential of the gaming community and collaborating with Fortnite professions having millions of followers. However, the price of the XMR coin is yet to amaze the traders. The current market number show a favorable picture, but the currency can definitely perform better for attracting mass adoption. 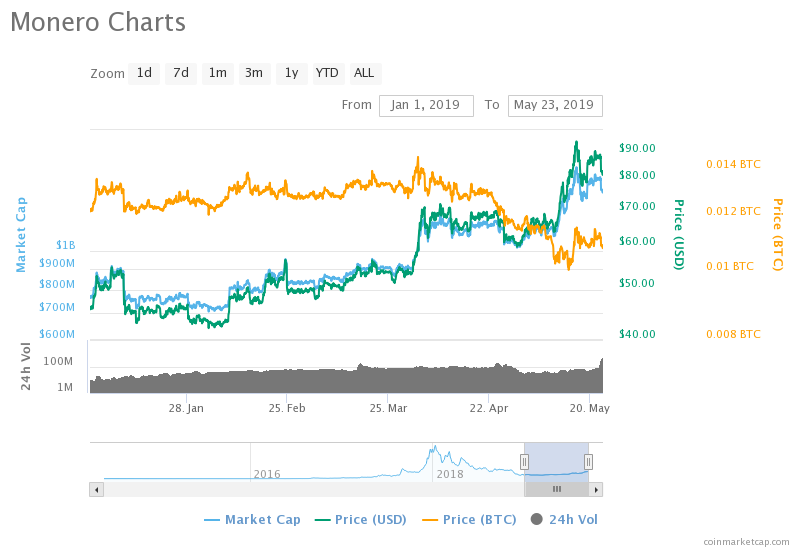 Monero has recorded an all-time high value on January 7, 2018, at $495.84. The coin has been trading well in 2019 and approaching the $100 mark, but it is yet to cross it in order to come in the spotlight. Monero has been missing the mark by an inch or two, and the investors are becoming agitated with the same pattern. As per Monero price projection, the coin’s price should cross the $100 in the next few months, and it can reach up to $500 by the end of 2019, setting a new milestone for itself. In the next 3 years, Monero will surge up to $1000.

Monero is a promising cryptocurrency, and this is an ideal time for a long-term investment.