Since the day President Trump assumed office, he took severe measures against the American allies who have been allegedly taking advantage of American mammoth economic power. After Trump’s decision to move out of the ambitious Trans-Pacific Partnership deal, there have been rumors that Trump’s next plan includes NAFTA and NATO. However, there has been nothing concrete or official on these two theories.

Recently, President Trump has spoken his reserves against the efficiency of NATO in NATO summit itself in the NATO Headquarter in Watford, England. As per President Trump, the European Union cannot get the advantage of American supreme military powers if they continue to treat the U.S. with contempt in trade. President Trump has called for solutions to trade conflict so that the U.S. needs not to review its position on NATO.

As per the recent data, the American gross public debt stands at whopping 23.2 trillion USD and the budget deficit remains at around 7% of its total GDP size. On the other hand, the U.S. has a trade deficit on goods and services at 529 billion USD and net foreign debt of 10.6 trillion USD.

Contrasting the American figures, the European Union is doing just fine as far as its economy is concerned. The gross public debt of the Union stands at 14 trillion USD and the budget deficit of the Europe Union stands at a mere 0.9% of the total GDP of the group. The European Union is said to be the largest beneficiary of free trade with other nations as it has a surplus of 194.3 billion USD on goods and services trade.

The above statistics clears the air on why the United States is before the European Union for spending more on the military. The U.S. has been a front runner in spending a huge chunk on the military expenditure of the NATO- the North Atlantic Treaty Organization, whereas NATO promises external security of economically sound European Union on American cost. This issue has been the bone of contention between the U.S. and the European Union, whereas last week, there was a small step taken that would save American 150 million USD on NATO’s administration. As far as the new convention of NATO is concerned, the allies need to increase their respective military spending to 2% of their total economy size. However, amongst 29 members of NATO, 21 nations are yet to reach this target.

Germany at the Centre:

Out of the many prosperous European nations, Germany has become the center of conflict between the U.S. and the European Union. Germany has taken advantage of U.S. military powers to take it to a different league as far as the standard of living is concerned. The U.S. has also alleged Germany of taking undue advantage of the liberal access to the American market. As per the current data, in 2019 till September, Germany’s goods trade income has touched 67.6 billion USD.

Despite this economic scenario, Germany has been very vocal about the U.S. call for higher defense spending and it also said that it would not meet the 2% military budget convention until the early next decade.

Even before the NATO summit, the tensions with France had erupted. The U.S. has been in conflict with France on digital service tax or Google Tax. Google Tax is a higher imposition of a tax of American tech giants like Google and Amazon. Recently, the WTO has given the U.S. its assent to increase tariffs on billions of dollars more in European goods as the European state support for Airbus has been on the rising. The American administration has made it very clear that France cannot have it on both sides. If it chooses to impose heavy taxes on American firms, the U.S. may have to review tariffs on high valued French exports like Gruyere cheese, handbags, and champagne.

The timing is crucial for the U.S. as China seems to have upset the U.S. on its traded war. It is still unclear whether it is ready to take up another fight with the European Union. The U.S. However, the rise of protectionism had never done any good for the global economy, for example, the ongoing slowdown due to the US-China trade war. There has to be a consensus among the big economic powers regarding trade so that the globe can avoid cascading effects of small strife.

How Trustworthy Online Bitcoin Games Can Be Chosen? 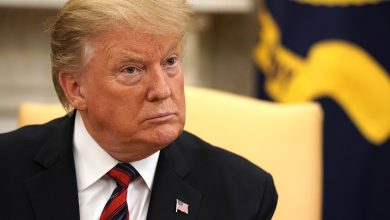