Line, the Japanese messaging app owned by South Korean internet company Naver Corp, announced that it had reached an agreement over a basic merger with Yahoo Japan. If the merger does indeed go through, then it will establish the biggest internet platform in Japan. As per the agreement, SoftBank Group Corp, which is a major shareholder in Yahoo Japan, and Line, will create a 50% stack each in a joint venture.

It has been revealed that Naver has a 73% stake in Line, while SoftBank owns as much as 45% of Yahoo Japan. It is believed that the deal is going to be formally signed at the end of this month. Naver official has stated that the merger is being made with one eye on creating a payments behemoth. Considering the pivot towards “cashless” over the years, it could prove to be a prudent move.

At this point, Line boasts of as many as 80 million users in Japan and is way ahead of platforms like Facebook. On the other hand, Yahoo Japan has been trying to usher in a new era by introducing newer services. If the merger goes through, then it will create the biggest online platform in Japan, which offers payments, e-commerce, and search. In its statement, Naver officials said,

(The deal) is expected to create synergy and increase future growth, bringing Z Holdings to the new tech firm based on artificial intelligence (AI) that could compete against global platform operators.

Dogecoin Price Plunge Continues for the Second Day in a Row 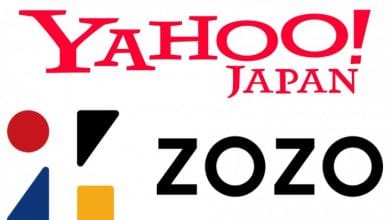