nChain, one of the globally leading firms offering research, development, and advisory in the blockchain technology, has recently obtained the patent for the blockchain-enforced smart contracts. The company had filed for the patent back in February 2017, which has been successfully granted on November 11, 2019, as per the latest reports.

The patent, which goes by the summary “Registry and Automated Management Method for Blockchain-enforced Smart Contracts,” is a document comprising 60-pages. The specification of the patent is available freely on Google Patents.

As of October, Craig Wright’s nChain claims to have as many as 1,450 patents in the pipeline, 826 filed patents, and about 200 granted patents. For those who are unaware, Craig Wright is the self-proclaimed founder of the number one cryptocurrency Bitcoin who claims to be the person behind the famous pseudonym, Satoshi Nakamoto.

As nChain has put it in one of its earlier blog posts dated August 22, 2017, the concerned patent, PCT/IB2017/050865, is an invention expanding the cryptographic method from the company’s other patent application PCT/IB2017/050856 with the title of “Determining a common secret for the secure exchange of information and hierarchical, deterministic cryptographic keys.” The 60-page pdf document outlines the patent, along with its usage application, in detail.

Wright, in one of his recent discussions, has said that though nChain might be holding the patents for various significant blockchain technologies, they would let other firms utilize these intellectual properties provided such companies agree to pay licensing fees. Moreover, there would be zero licensing fees for the developers who work on Bitcoin SV.

With so many patents lined up ahead, nChain hopes to build a “patent-fortress.” Whether it can obtain the grant or not is something that remains to be seen in the future. 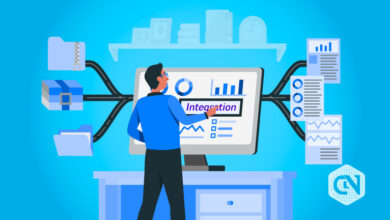