NEM, when broadened, stands for the New Economy Movement, is a dual-layer blockchain, and is one of the active gainers amongst the top 20 cryptos of the global market. XEM/USD is proving all its worth by standing amongst the top 20 lucrative projects.

NEM, after trading laterally for 2 years, has gained massive traction recently with a long bullish candle and is trading around $0.149 against the US Dollar after a flattish trend.

NEM, after rising slightly around $0.080 in the second month of the ongoing year, was seen holding a flattish trend until it started aggravating towards the end of the previous month. NEM, with the utter gain in momentum, is seen breaching the upper Bollinger Band with constant support from MA50 & MA200 at $0.0713 and $0.0498, respectively. The 20-day Bollinger Bands are seen widening apart on the 24-hour chart, and we, therefore, project expanding volatility.

With a bullish market bias, the MACD chart is seen drawing a bullish divergence, and, in this regard, the MACD line is seen crossing above the Signal line. The RSI of the coin shows spurring demand and is lying at 74.88.

MATIC Appears Bearish Due to No Traction & Short-Term Support 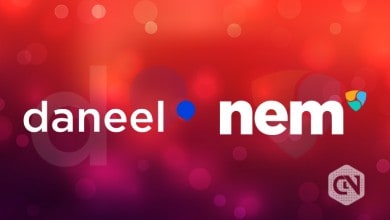