Armenia recently opened a new cryptocurrency mining facility on October 18 worth USD 50 million. According to the local media reports the new farm will be used for extracting bitcoin and ethereum with the help of 3,000 machines.

The mining farm project established by the real estate investment group of Armenia called the Multi Group Concern in partnership with Omnia Tech International Company which is registered in Malta. The official launch of the mining project was conducted last Thursday in Yerevan with the gracious presence from the Prime Minister of Armenia Nikol Pashinyan. Along with him, there were several entrepreneurs and businessmen from South Korea, China, and UAE who were present for the official launch ceremony of the mining farm.

According to Gagil Tsarukyan, who is an Armenian politician and businessman, is also well-known as the head and founder of the Multi Group. He claimed that the mining farm project asked for $50 million budget when they planned to set it up which included all the costs of setting up the facility as well as the installation of cooling systems in the industrial standards.

He further explained that one of the floors of the farm is designed in a way to provide round-the-clock services providing the information technology business center. Previous reports suggest that the Multi Group claimed that once they set up the farm, it will be operated by the Omnia Tech who will become a mining enterprise that provides daily payouts and lifetime contracts as well. Some reports also suggest that Omnia group works with the Genesis mining, major cryptocurrency power supplier. 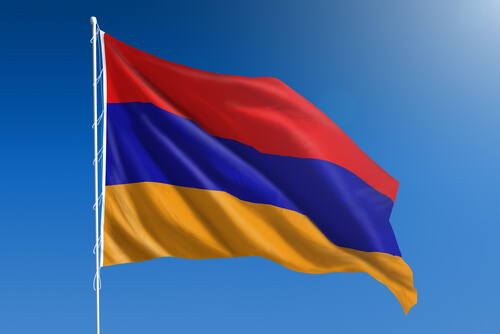 Before the plans officially launched for the public, the reports from previous interviews suggest that Omnia’s Tech Founder hinted at two major companies who will be investing more than $2 billion in Armenia’s mining projects. He then said that their teams are planning on creating a blockchain-based center that will work to develop the information projects. He further said that doing so, could “turn Armenia into a high-tech platform.”

It is a developing time for Armenia as the ratio of cryptocurrency mining on a global level is seeing a rise and the country chose the right time. In fact, they earlier announced that the country could soon launch their very own Silicon Valley with the help of free economic zones and developing high-end technology centers.

It is Armenia’s first bitcoin mining facility that they set up last week. As we say, this is the time where several countries are experimenting with the same ideas and have found a way to expand their services and technologies through blockchain.