The Bitcoin Halving that happens almost every four years has been introduced with a twist with the launch of the new derivative contract called- ‘LedgerX Halving Contract (LXHC)’ by LedgerX. The United States-based trading and clearing platform announced about this contract yesterday in a blog post. The blog said-

“The LedgerX Halving Contract (LXHC) is a binary option that settles to something unique to Bitcoin — when the next halving will happen. This contract will allow you to get a fixed payoff if the next halving block (#630,000) happens before a certain date and time. If the block is discovered after, the contract expires at zero. The result is an extremely clean binary payoff that is verifiable by all participants — a great demonstration of the value of a public blockchain.”

LXHC is a representation of a binary option. It can swing the payoff either to the fixed monetary amount or nothing at all which sets to the approximate the next time the cryptocurrency halves. The halving of the Bitcoin makes the amount of the newly created and earned Bitcoin to get cut into half amount. For instance, back in 2016, it was 25 BTC and by the next halving event it got down to 12.5 BTC. According to Bitcoinblockhalf.com, the next time Bitcoin halving will be witnessed will be on 25th of May in 2020.

“Binary options have traditionally been associated with gambling events. Most financial issues are near continuous — stock prices, oil prices, weather temperatures, etc. behave as such. Binary outcomes tend to be whether someone wins an election or not, or whether a team wins the Super Bowl or not. Even financial binary contracts are often shunned by Wall Street desks — traders managing their gamma have difficulties with the risk-reversal situations that binary options present.”

In another post, the company explained about the details and ‘circulated contract specifications’ to those who are interested in participating in it-

“The specifications of this contract payout are simple — if block #630,000 is mined on or before the timestamp of that expiration, then the payout for one contract is $100. If not, then the contract buyer receives zero. A binary contract, for a binary risk — hedgers and speculators will find a vibrant market for the world’s first Bitcoin native derivative.”

On the other hand, the company launched ‘LedgerX Volatility Index (LXVX)’- its first Bitcoin rate volatility Index on 14th Jan, as per reports from Cointelegraph. According to the COO of LedgerX- Juthia Chou, this index will be helpful for the traders as well as the investors for checking for any risks. Chou also noted that the index is down by 20 percent in comparison to the start of the year. For future plans, the COO expects the index o become a tradable product, which it isn’t currently.

Also, back in May 2018, the trading and clearing platform released a new Bitcoin BTC Savings product which is licensed by the US Commodities Future Trading Commission (CFTC.) It is also licensed by the Swap Execution Facility (SEF.) This product has been designed to simplify BTC option trading to a basic point and click format, as per Cointelegraph. On this Chou said-

“Everything we do requires both the licenses. And a lot of that is international because by making it a package deal we can offer a number of services to our customers in a really, vertically integrated way. […] This interface will definitely be skewed to the long Bitcoin holders, who will only deposit Bitcoin and who will want to earn interest off of that Bitcoin.”

BTC, XRP, ETH, BNB, EOS Along With Other Digital Coins Are Pushing Hard to Stay in the Green 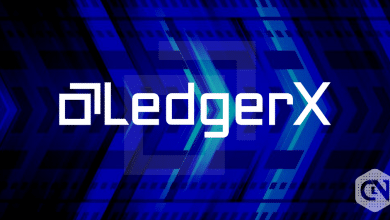 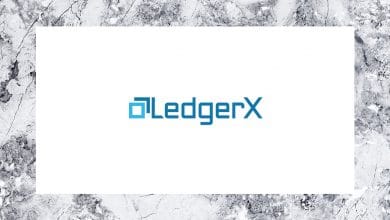 LedgerX gets a Green Signal from the U.S. Market Regulators