Lately, bitcoin scams are targeting the names of officials to lure the unsuspecting public into their traps. Previously, it used the names of tax officials as many victims reported back in the United States, where they were forced to settle their pending debts with cryptocurrency. Recently a new bitcoin scam came to the attention of the public in the form of advertisement on Facebook, using the name and picture of New Zealand’s Prime Minister.

The matter was addressed by the officials of Prime Minister and warned the public that PM Jacinda Ardern is not endorsing any such case or bitcoin promotion for that matter. However, the bitcoin scam seems to grab the attention of the public solely because it had the picture of their PM on the ad page and figured it must be an official campaign but in exchange of cryptocurrency, especially bitcoin.

It was through the Facebook page that the matter reached the office of Prime Minister and they immediately issued a warning and suggested that the scam has the intention of luring citizens of Asia Pacific to indulge in cryptocurrency startup investments.

The ad was detailed and also discussed how the Ministry official invests in New Zealand’s treasury, with approximately NZ$250 million with cryptocurrency reserves. It explained that the officials did so, as ‘the future of finance depends upon people having access to the best possible resources.’ The scam detailed everything with formal detail which makes it harder to seem like a fake ad at first glance. They went as far as to mention that they finalized the deal as ‘The Bitcoin Revolution.’ 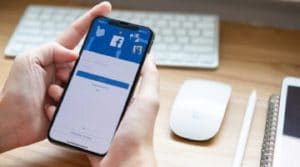 The post was available on the illegitimate ad and was later deleted by Facebook. The fraud endorsement was titled ‘New Investment Plan for Kiwis’ which targeted mostly the 30-45 demographic groups. Other groups targeted were those between the ages of 46-65.

Unfortunately, this isn’t the first time that these scam endorsements are using a high-profile individuals name that is also known well by the public, considering that their latest bait was to use PM’s image on the cover. Previously too, the same ad started circulating on the internet last year, with New Zealand’s former Prime Minister in the cover image to lure in the victims.

Even Singapore faced a similar dilemma last month as one of the cryptocurrency scams also clawed its way with a fraudulent scheme. It advertised through the image of Singapore’s deputy prime minister and the chairman of Monetary Authority of Singapore (MAS). The MAS immediately issued a warning statement for the citizens about the circulating cryptocurrency scheme and not become a victim to it.

Least we can say is that the bitcoin scams using the names of high-profile officials and associates from official cryptocurrency or government group is becoming more of a global epidemic. Some of the celebrity names were also used in the past in such kinds of fraudulent schemes.