NFTSTAR is in front of the most recent developments on The Sandbox. According to reports, Forj would also support NFTSTAR in achieving its multiverse goal of creating an integrated multiverse platform for sports. NFTSTAR’s contribution includes launching its superstar squad into virtual space. At NFTSTAR’s new residence on The Sandbox, three football legends will be featured: Neymar Jr, Son Heung-Min, and Luis Figo.

The intention of NFTSTAR is to engage with the global community by regularly hosting exclusive NFT drops, meet & greets, virtual sports arena, and AMAs, among other activities.

The Sandbox is the top decentralized gaming virtual environment and an Animoca Brands subsidiary. Both Sandbox and Forj fall under the Animoca brand umbrella and with only a few days remaining until the FIFA World Cup Qatar 2022, their partnership with NFTSTAR portends a great deal of excitement for football lovers. The update has arrived at the ideal time, as all members, especially football enthusiasts, are enthusiastic about the sport and every advancement that comes with it, regardless of the place – physical or digital.

The association has been expanded to include Smobler Studios. The endeavour is tasked with achieving similar success as The Sandbox. Smobler Studios, the metaverse architecture, bears a great deal of responsibility, as all parties anticipate a satisfactory outcome.

Abe Ren, the co-founder of NFTSTAR, feels that the partnership will allow all partners to contribute to the expansion of the sports community, including eSports. Abe, on behalf of the team, emphasized that the relationship will aid in the promotion of NFTSTAR’s brand, proprietary NFTs, and celebrities.

Sebastien Borget, a co-founder and chief operating officer at The Sandbox, called sports an integral part of global culture while expressing his pleasure in welcoming NFTSTAR into the metaverse.

Loretta Chen from Smobler Studios called this milestone the beginning of an exciting adventure where they will look to create an expandable Global Sports Space that can later turn into a fully playable experience. Loretta Chen informed everyone that the studio was partnering with Fac Bros and Forj to better realize its vision.

Chief Executive Officer of Forj Harry Liu predicted that sports and entertainment would play a pivotal role in shaping the Web3 landscape in the years to come. The brand is now looking forward to providing a one-of-a-kind experience for fans while pushing the boundaries.

Using a community platform to bring together international athletes and their devoted supporters, NFTSTAR is actively promoting the sports industry online. NFTSTAR, which is backed by The9 Limited, seeks to host the SocialFi and GameFi playground for Web3 tech enthusiasts.

The Sandbox is a virtual world functioning on the principles of decentralization. It is currently dealing with the increased demand for virtual real estate.

Forj is a Web3 firm and a subsidiary of Animoca Brands. It brings together entertainment, music, and collectibles fans and creators. 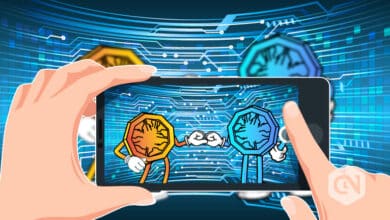 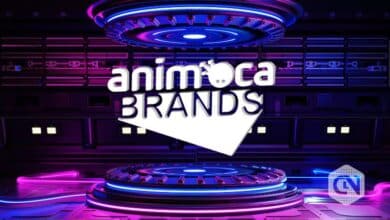