Well, pizza speaks louder than words. But, today we will use some words to let you know the good news that now you can buy a pizza from Dominos using a Bitcoin. However, this ‘delicious’ service is currently available for US residents only.

Crypto users living in the US can now purchase Domino’s pizza using Bitcoin via an app named Lighting Pizza. One can use the app to pick up the pizza or have it delivered to you. The app has been made live recently. Still, it has received notable feedback from the customers. Till now, more than 150 people bought pizza with Bitcoin this week. The app’s Lightening network was developed by the crypto payments startup Fold. It has come up with its web-based Domino’s portal on Wednesday. The app allows the hungry customer to convert Bitcoin into fiat currency in order to buy from Domino’s.

“We’re trying to make bitcoin fun again and illustrate that lightning is at a point where it is mainstream-ready.” 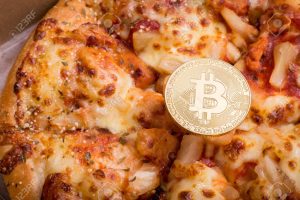 Will Reeves further added that using the app, it only takes 30 seconds to make a transaction. Proving Bitcoin very efficient in real life uses, he claimed that only in 30 minutes, one will get the pizza.

At present, the team behind app Lighting Pizza is resolving bugs, making it hassle-free for people to order pizza. The app is under development as many issues can occur. For instance, in the absence of electricity, the restaurant will have to accept payments in cash only.

Moreover, it will be crucial to know how this app will affect Domino’s outcomes. It is yet to see how the revenue of Domino’s gets impacted. Reeves shed some light regarding Domino’s experiment,

“The average purchase was $25, – Since the average lightning payment is usually less than $5, so this was able to stretch the Lightning Network to higher value payments for the first time at volume.”

After implementing the Lightening Network in the US, the developers are looking forward to spread the service at various places. Remarkably, Domino’s also works with PayPal for its payment process.