Ohio has become the first state in the US to accept Bitcoins for tax payments, according to a World Street Journal (WSJ) report. Currently, the state has launched the service for business tax payments only. The option for individuals to make their tax settlements with bitcoin will be introduced later.

Starting this week, businesses looking to pay their taxes in Bitcoin can register themselves on OhioCrypto.com. All the payments will be processed via BitPay, a crypto payments processor. BitPay will help the state government to handle the crypto payments and then, their conversion to dollars.

Despite the dramatic decline that Bitcoin has been facing since the recent crypto market clash, Josh Mandel, Ohio state’s Treasurer, said: “I do see (bitcoin) as a legitimate form of currency.” He added that businesses would be able to enjoy certain advantages by paying in Bitcoin as it is quick, easily accessible, trackable, secure, transparent, incurs low costs, and allows taxes to be paid via mobile devices. 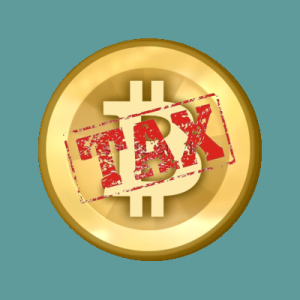 Ohio state authorities have allowed 23 taxes to be paid with Bitcoin, the list of which is shared on OhioCrypto.com.

Mandel informed reporters that as an elected state official he had the authority to decide that his office will be able to accept the top cryptocurrency “without approval from the legislature or governor.” Mandel believes that this cryptocurrency initiative will continue even after his term ends in January 2019, the WSJ reported.

The Treasurer’s office is also reportedly working out ways to provide Ohioans with more options to interact with the state government with ease. It also seemingly intends to make Ohio a spear leader in blockchain technology.

Jerry Brito, Director of Coin Center (crypto research and lobbying firm) welcomed the move saying that the new process of accepting Bitcoin by the state treasury “sends a message that bitcoin’s a technology that can be used by anybody—by bad guys but also by the government.”

Ohio, however, is not the first US state to consider Bitcoin as a payment method to make tax settlements. States like Arizona, Georgia, and Illinois have also acted likewise, but unfortunately, the bills related to this encountered stiff resistance from legislators and eventually ‘died out.’

This landmark move by Ohio can be considered as a positive step for Bitcoin, which has been experiencing continuous downward trends since last few weeks. However, it will be interesting to silently wait and watch the progress of this new development by Ohio.