Brewdog, one of Britain’s best-known breweries is welcoming Bitcoin Cash to its new bar as per the recent reports on Cointelegraph. The brewery is renowned for giving out the ‘beer for punks’ drinks and has made plans on associating with the cryptocurrency sector to set a goal for a prominent existence in the market.

On October 19 the brewery will give away £3,000, at the Canary Wharf Bar opening and will launch the acceptance of Bitcoin Cash (BCH) along with Bitcoin (BTC) as a mode of payment supported and funded by Bitcoin.com wallet. The brewery is moreover planning on extending the acceptable mode of payment to all of its 38 bars in the United Kingdom.

Brewdog brand operators believe that they are among the several people over the years challenging the mainstream economy with what they do and bring a new change in the way of doing things traditionally so far. The beer company started as a local bar in the small town of Scotland and became a billion dollar brewery business in a decade.

The company believes in necessary change that provides an upgrade in the existing economy and how to plan their hopes and choices according to the expectations of a global phenomenon. As a result, they decided to offer their customers with something to go along with beer, malt, hops, and water, so they decided to “embrace the alternative” in the cryptocurrency sector. 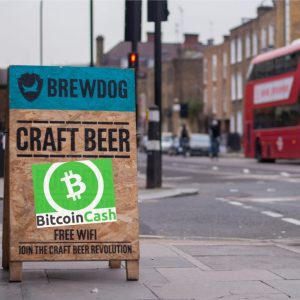 Brewdog has come a long way since the start of the company and now holds a bar in almost every continent of the world. To mark the success, the latest launch of a bar will be at the London waterfront which is its 38th bar in UK and 7th in London.

The Canary Bar Wharf opens on 19 October, Friday at 12 pm. The first 100 customers will be offered bitcoin cash wallet with ranging prices anywhere from £12 to £100. The company states that Brewdog has worked to live on challenges and bold perceptions of the society, and now it is time to embark on the journey expected from the cryptocurrency mining in today’s economy.

At Brewdog the adoption of new payment option in return of a craft beer seemed to be a “natural fit.” As such they believe London to be the best place among all to start their “subverting norm in financial transactions.”

As for future, the Brewdog founders believe that they will adopt the acceptance of bitcoin cash and bitcoin to all of the bars in the UK. The company is known for its bold and innovative packaging and potent beers that grew to give a new outlook to the community of brewery. The new alternate payment option of bitcoin could bring a solidifying existence and a development growth for Brewdog.

Spanish City Valencia Will Use Blockchain to Create 'Smart Port' 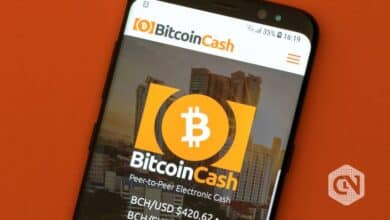