The trial process of a US-based lawyer named Mark Scott, who was recently blamed for being involved in embezzlement of the proceeds from the notoriously famous OneCoin cryptocurrency “scam,” has started in the New York City.

According to the reports describing the allegations imposed on the lawyer, it has been affirmed that Scott has been involved in the unlawful laundering of funds amounting to approximately $400m (£310m). He routed the funds out from the US boundaries while striving to hide the true ownership and source of origin of the funds. Apparently, the funds were being secretly channelized to the corporate accounts in the Bank of Ireland. The bank employees were ordered to testify against Mark concerning his funds earlier in September.

It was reported that Scott created several offshore investment solutions, called the “Fenero Funds,” which were later used by him to embezzle the proceeds from the scam. The prosecutors alleged that Scott expended a portion of the laundered money in purchasing expensive luxury items like a yacht, three houses, and a Ferrari. Scott, who was held captive a year ago from his beachfront house in Cape Cod, Massachusetts, previously refuted the claims by saying that he was unaware of OneCoin’s unlawful business activities. He added that he was reassured that “there was nothing illegal going on” by the authorities. “The central issue at trial will be whether or not Mr. Scott knew OneCoin was operating a criminal scheme,” quoted the prosecutors.

Mr. Scott has been charged for two criminal activities- one alleges him for initiating money laundering, and the second accuses him of committing bank fraud. The US investors who became a victim of the Ponzi scheme are also striving to sue Scott for reimbursement.

OneCoin was launched by a brother and sister duo named Konstantin Ignatov and Ruja Ignatova, who belonged to Bulgaria. The fraudulent pair bragged about the launch of their cryptocurrency project in the marketspace to earn support and funds from the business houses. Though, soon it turned out to be one of the biggest crypto scams in the world. However, there is no certainty about the total money being stolen in the scheme; the probable estimates reveal that a minimum of $3 billion has been embezzled. The investors who infused their capital in the OneCoin project belonged to Uganda, China, the UK, amongst other countries of the world.

New York state attorney in one of the filings, stated,

OneCoin used the success story of Bitcoin to induce victims to invest under the guise that they, too, could get rich through their investments. This was, of course, completely false because the price of OneCoin was fiction and not based on supply and demand.

Interestingly, Konstantin Ignatov was arrested by the cops at Los Angeles International Airport earlier in March. Also, Sebastian Greenwood, who was one of the co-founders of the firm, was extradited from Thailand to the US government.

The Bulgarian-based organization working behind OneCoin Ltd is still in operation and has refuted all the allegations imposed. OneCoin verifiably fulfills all criteria of the definition of a cryptocurrency. The organization claimed that,

Our partners, our customers and our lawyers are fighting successfully proceedings against OneCoin. We are sure that the vision of a new system on the basis of a financial revolution will be established. 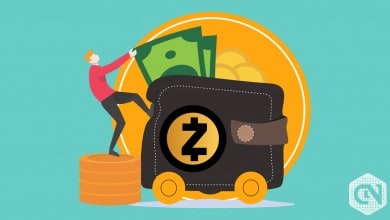