While so many cryptocurrencies are coming out these days, very few are such that we can find promising in such a volatile and risky market. Looking at its history, Ontology (ONT) seems to be one of a kind. In March 2018, the crypto started its journey with its price at $2.62. In a remarkable move, it touched $11.18 mark on May 3rd, giving whopping returns. However, after that, the crypto-coin never went that high. But the price spike at the time proved its potential.

It has shown 114.75% of surge in its price since January this year, which is quite high. Additionally, we can see two major price hikes in the chart. One was on the 5th of April when the price went as high as $1.64 with some minor plunges, tracing a curve. The second and recent price spike came on the 16th of May when the price reached $1.62. It is anticipated that the recent one was due to a few announcements regarding ONT. At the time, a crypto trading platform ‘BigONE’ declared the addition of Ontology to its Proof-of-Stake (PoS) mining pool. Apart from that, another eminent crypto entity, ‘Trust Wallet’ had also announced support for Ontology.

Ontology is already making tremendous progress. According to our ONT Price Forecast, the coin is likely to touch the $5 mark in few months and can go up to $10 by the end of 2020.

It can be one of the best investment for the long term investors, as ONT is likely to give huge returns in the coming years. 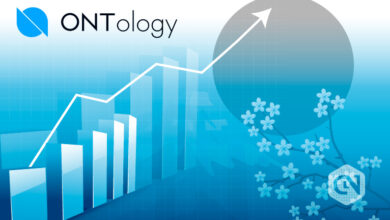