Stellar Lumens (XLM), the open source decentralized platform that allows conversion of the digital asset to fiat currency, has had a cartoon rocket ship as its logo since its inception in 2014. The team at the Stellar announced on March 11 in a blog post, as a part of their recent process of revamping the brand identity that they have also decided to redesign their logo. Stellar’s new logo will provide them with more design flexibility.

To help them redefine their visual identity, they have sought support from the design firm Kurppa Hosk, a Stockholm based company which has collaborated with some of the world’s most admired companies.

Stellar is a platform that connects banks, payments systems, and people. They allow a user to move money quickly, reliably and facilitate low-cost payments between different currencies. Stellar.org works with a vision to expand access to low-cost financial services to fight poverty and maximize individual potential. The organization has served as an anchor to different kinds of commercial products and services and is home to a diverse ecosystem of projects.

As per their press release, the new logo should reflect the openness of the network. “It should feel friendly, inclusive.” It should not feel out of place in any context, be it on the national media or their Reddit homepage. Also, since Stellar is a global monetary standard, the new logo should also work as a currency symbol like the US ($) or a Euro (€).

After many trials, the team finally decided a logo which is simple, sleek, modern, and can easily become a familiar symbol like a dollar sign. It involves a circle with two strikethroughs in an inclined position.

“So, over many iterations, we played with the negative space. And the stroke weight. And rotated the logo around, so it looked a little like an S,” said the blog. “It’s got resonance with our “S”; it’s got just a hint of Saturn in there.” 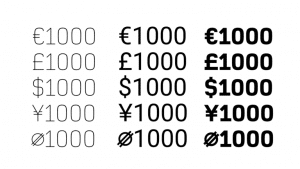 The logo will be launched officially by the brand with the stellar.org redesign in May. The team conveyed that they shall begin using the identity in new projects effective immediately.

“We’re very excited to be taking this first public step towards a new face for Stellar.”

Electroneum (ETN) Price Analysis : Will ETN get Listed in Top Crypto Exchanges to Upraise its Value this Year?

Stellar Price Marks a Stellar Move; Gains Over 400% in YTD

Stellar Price Continues to Drop Over the Past Week