ORBS goes live on SpiritSwap as a part of its major integration on the Fantom network to further solidify its presence on the new chain. ORBS has started with two pools on Spirit, namely ORBS-FTM and ORBS-USDC, with $25,000 each, enabling users to add liquidity and swap tokens on the platform.

Users must consider a few things as they are now effective immediately post the event.

Once all the things have been considered and duly followed, users will be all set to access SpiritSwap on Fantom.

The expansion of ORBS on SpiritSwap marks its availability on seven major infrastructure chains. These include BSC, Ethereum, Solana, Avalanche, Polygon, Fantom, and Harmony. Additionally, ORBS can be found on more than thirty DeFi platforms like PancakeSwap, Beefy Finance, UniSwap, Pangolin, and Trader Joe.

ORBS announced an official blog post on the website. It followed a recent update that had mentioned the ORBS token going live on Fantom using a Multichain cross-chain bridge between BSC, Ethereum, Fantom, and Avalanche.

SpiritSwap is a DeFi AMM on Fantom that is known for its innovation. SpiritSwap offers features like swapping, farming, adding liquidity, and inSPIRIT, a vote-locked token.

Orbs operate as an independent execution layer to enhance the capabilities of smart contracts that are based on EVM. The public blockchain infrastructure is decentralized and has a network of permissionless validators to execute its functions.

It was founded in 2017, and the mainnet went live in 2019. Orbs is a constantly developing blockchain infrastructure backed by a team of 30 people spread across London, Tel Aviv, Tokyo, Singapore, and Seoul.

Orbs works as a separate execution layer in conjunction with L1 and L2 to open more opportunities for Metaverse, DeFi, NFT, and GameFi.

Developers have committed to expanding Orbs in the coming future. The token address of ORBS can be found on FTMS can.

Fantom is a smart contract platform known for its high-performance and EVM compatibility. It functions on Proof-of-Stake consensus to save electricity and prevent centralization. The consensus enables Fantom to scale to hundreds of nodes to increase security and decentralization.

The team behind Fantom aims to offer transparency by offering its code as an open-source on Github. Anyone can run a node on the network as Fantom is entirely permissionless and more open.

As many unlimited validators can participate, provided they have a minimum stake of 1,000,000 FTM. Fantom is currently working to build a blockchain ecosystem and the whole blockchain technology stack.

Can Algorand (ALGO) Recover Its Momentum in 2022? 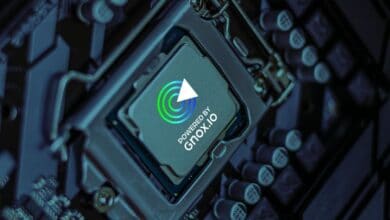