Over the past decade and a half, Apple has grown into one of the world’s biggest tech companies. Much of that success is down to the fact that the company has managed to produce some of the most iconic and technically advanced products like the iPod, the iPhone, and the iPad among others. Those products have made Apple one of the world’s most valuable companies but a large chunk of that growth is fuelled by the massive sales it generates from its operations in China. The world’s 2nd biggest economy is one of the biggest markets for the company and its fortunes rise or fall according to the sales figures in the country. The dependence on the massive Chinese market has come into sharp focus following the start of the trade war between the United States and China.

The United States President Donald Trump has already imposed further tariffs on Chinese goods, and then in one of his tweets he ‘ordered’ American companies to stop their manufacturing operations in China. Since then the company’s stock price has slumped, and the company has lost a mind-boggling $44 billion in value. Apple has been manufacturing its products in China for many years now, and it is going to be difficult for the company to follow through on what the President has asked. On top of that, the increased tariffs on goods from China will directly impact Apple’s bottom line and its iPhone sales considerably. An analyst working with Wedbush Securities Inc mapped out the potential difficulties for Apple in a note. He stated,

The company would require three years to move 20% out, he adds, which is still less than the 25% of iPhone production that Apple needs for its domestic U.S. market. American tariffs on goods from China would therefore directly impact Apple’s biggest moneymaker.

Last year, Apple’s sales in China had nosedived due to the economic slowdown in the country and the emergence of worthy local competitors. That had forced the company to offer steep discounts in order to prop up sales and although that proved to be a successful move, it showed the vulnerabilities that Apple now faces. Weakness in the most lucrative market can never be a good thing for any company, irrespective of size, and it remains to be seen how it performs over the next few weeks. 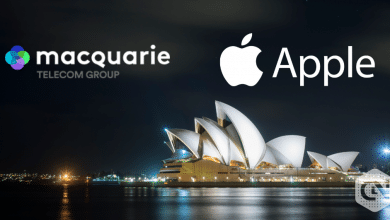