Polker.Game has quickly become a renowned name with its frequent developments, updates, and listings. The platform does not intend to slow down either. It is now sponsoring the Polycon 2021, which is the biggest Polygon event of 2021. This was announced within 10 days of the venture’s partnership with Polker and its reward of a grant to the latter

Just a day before going live – Wednesday, September 15th – Polker surprised everyone with a giveaway of massive proportions. The NFT giveaway will propose massive rewards to users with the first place receiving a Holographic Ultra-Rare.

After announcing the contest, Polker stated that users can also stake from Friday the September 24th, 13:00 EST. The initial staking pool would go on for a period of 90 days,  starting with 100,000 dollars worth of PKR tokens.

Users can expect more announcements and events throughout the 90 day period. Thus, it is expected that the value will not be restricted to 100k dollars.

Staking will work on the Ethereum network and the staking pool will be hosted on a customized platform. The Polker development team has already proven its understanding of the market. Moreover, it has showcased the capability to develop immersive gaming content along with blockchain implementation. The platform has already released a countdown on its website.

With multiple positive news coming from Polker, the team has made the decision to help everyone win several NFTs. It includes two Rare, six standard, and one Ultra-Rare NFTs given to users making the largest single purchases on either Uniswap or PancakeSwap during the competition. It is not restricted to whales, as every user making a purchase and submitting the transaction hash (txid) to Polker can win one out of the 500 prizes (50 PKR tokens.)

The event will go on until the PKR stake is online. Thus, users have till Friday, 24th September, to take part in the giveaway. Users can get more information on Polker’s Medium.

Polker has been making headlines frequently throughout the crypto industry. It all started after PKR being listed on BitMart. Additionally, Akon, the R&B superstar known for his crypto enthusiasm also gave a shout-out to Polker. Here is a video.

Akon stated hailed the game as revolutionary. He played a card game in 3D, built in Unreal Engine 4, and described the experience as amazing. He also thought that this was the best NFT-based play-to-earn game.

Polker is getting ready to release a poker platform in the Play-to-Earn mode with an intuitive and immersive digital gaming experience via Unreal Engine 4. Users can access the game online without the need to wager any money.

Polker also has a native token with a market cap of almost 54m dollars. With new developments popping up for Polker, users should keep their eye on their products. 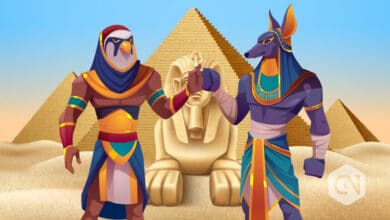 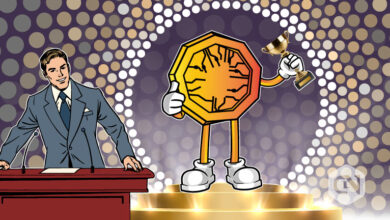