MATIC Network is a Layer 2 scaling solution that uses an adapted version of Plasma with PoS-based sidechains. It aims to provide faster and cheaper transactions for decentralized applications by using its token, the Polygon token (MATIC), as collateral for security.

The tokenomics of Polygon Network includes staking, where holders of the MATIC token can stake their tokens to earn more through block rewards and a token-burning mechanism. A portion of its transaction fees is used to buy and burn MATIC tokens, potentially increasing the value of the remaining tokens.

MATIC currently holds the 11th spot with $8,353,656,116 in market capitalization. The liquidity for this token is amongst the highest in the top trending tokens to the tune of 87%. From its all-time peak of $2.9, the MATIC token is still trading at $0.95, which shows a 67% decline from its peak value.

MATIC price action has failed to create an impressive movement in the last few months. The positive breakout witnessed before the November 2022 crash is weighing heavier on the latest trading values of the MATIC token. Technicals are gradually losing ground as bearish movement takes control. Read our Polygon prediction to know if the token can overcome the bearish movement. 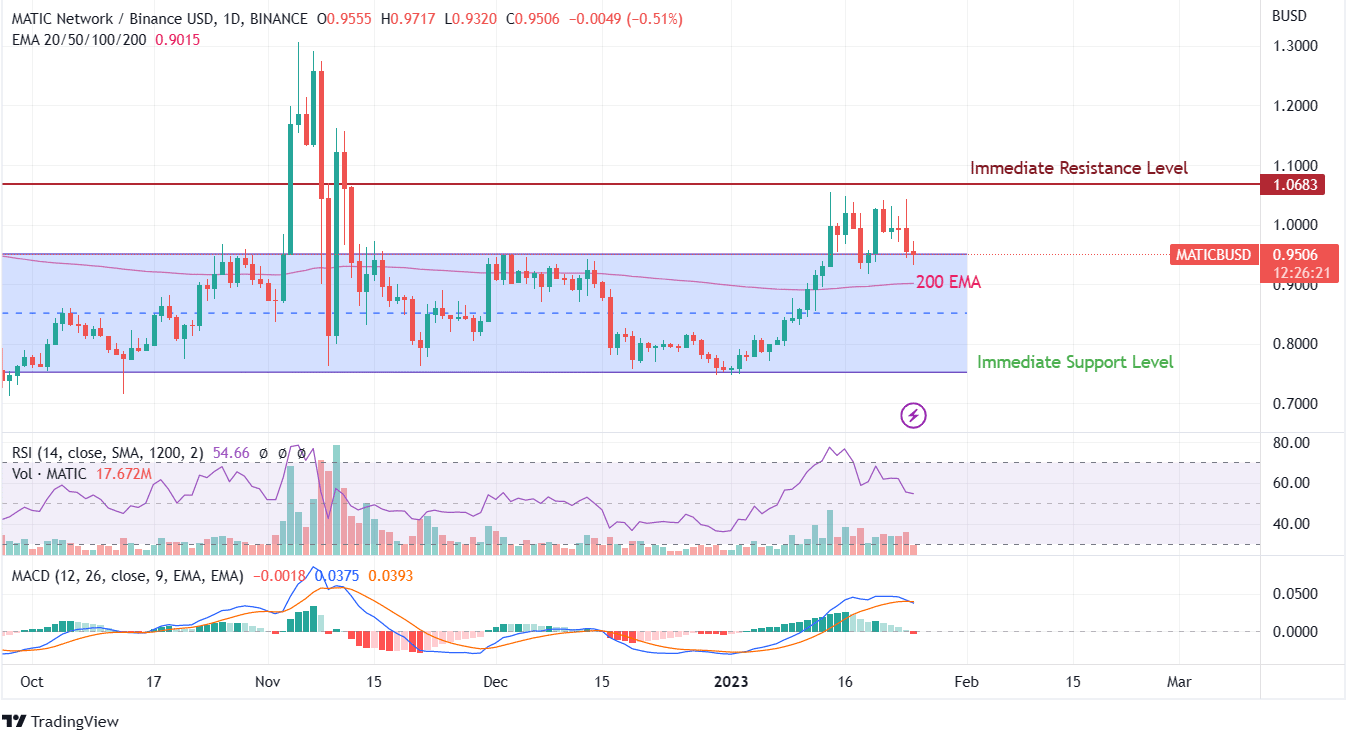 So far, the 200 EMA curve is holding its strength as a support trend since high volume buying happened during the breakout above this moving average. The MACD indicator has already made a bearish trend in emerging patterns, which has reached a crossover pattern confirming more decline in the coming days. Since such a decline would test the strength of buyers at 200 EMA, one can expect a short consolidation, but the chances of buyers taking charge remain highly slim.

Even RSI, which was trading continuously in the overbought zones, has lost ground, now headed below the 60 mark. The immediate support is placed at $0.93, while resistance is heavier at $1 levels. The second support can be expected from the upper and lower bands at the previous consolidation zone marking $0.93 and $0.76. 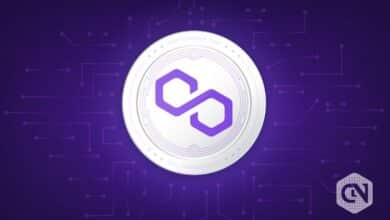 Polygon (MATIC) breaks out with a strong uptrend movement! 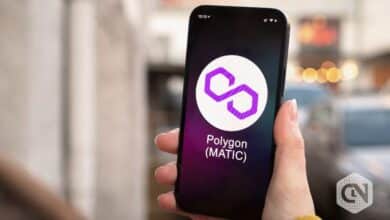 Polygon (MATIC) crosses $1: what is the next target? 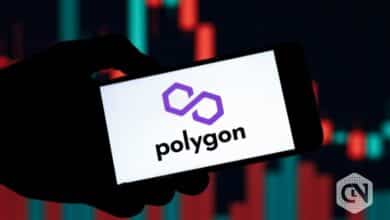 Will Polygon (MATIC) sustain the bull rally in 2023? 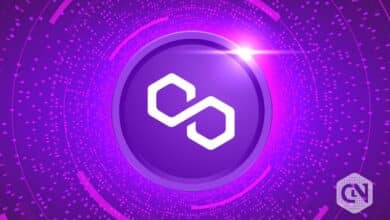