Before diving deeper into the potential of Polygon to venture towards double-digit valuations, Polygon is nothing like other blockchains. It is rather a scaling solution to the existing ecosystem of Ethereum, which can process only 25 transactions per second. Originally named MATIC, it was rebranded as Polygon in 2017.

Since Polygon is not a full-fledged blockchain and ETH is moving towards a Proof of Stake algorithm in the coming months, this scaling layer only provides better transaction speeds with lower costs on the dApps and DeFi applications operating on Ethereum’s blockchain. Its Proof of Stake consensus mechanism and layer-2 scaling solution serves as a committed chain to the main ETH chain.

The native token for Polygon is called MATIC, which currently trades at $0.63 with a total supply of 10 billion tokens. 80% of this lot has already entered the circulation markets. Of these 10 billion tokens, 16% are under developers’ control, 4% are for advisors, and 12% are used as a staking pool.

Only 24% of net tokens are floating in the market, and the original holding still carries 22% tokens by the Polygon Foundation. Polygon is currently worth $5,060,906,394 with vast upscaling potential. As ETH grows, the transaction bottleneck of ETH will aid in the growth of Polygon.

MATIC is headed towards a consolidation, losing significant of its market value in recent days. The seemingly lower valuation requires a major push to breach its immediate profit booking levels. Read our Polygon price prediction to know if you should buy MATIC or not! 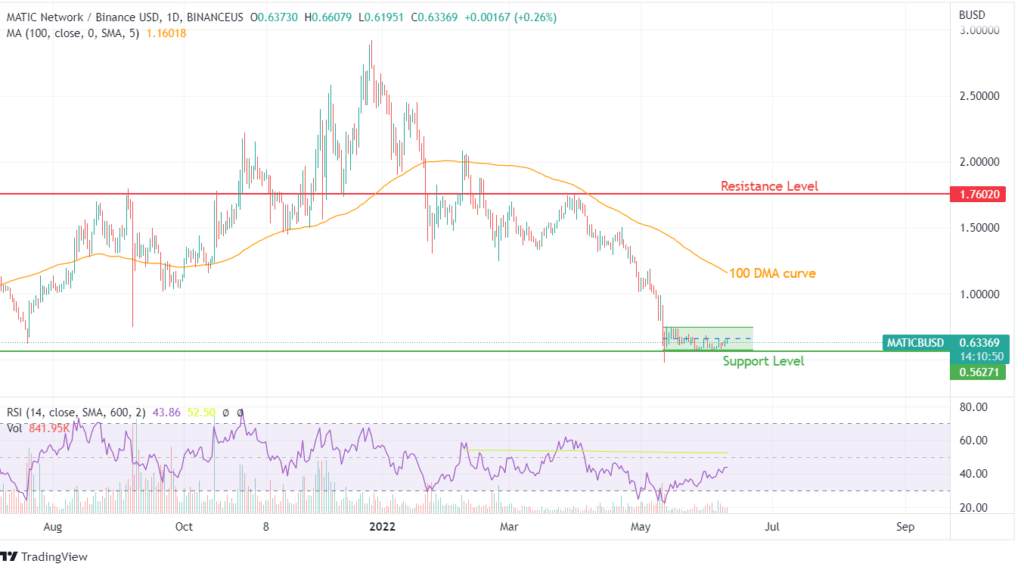 The price momentum of MATIC over a longer time frame seems like a double bottom pattern, which brings a massive buying rally while exiting the previous levels. Polygon’s 100 DMA curve lies a little over $1, which means its immediate support levels still need persuasion to develop.

RSI is moving up without an increase in transaction volumes and the ability for MATIC tokens to exit current negative levels. There is a massive price elevation possibility if MATIC manages to touch the 100 DMA curve, which continues to dive down. RSI, on the other hand, is moving towards the overbought zone.

Polygon can take on $1.5 with possible buying sentiment. $1.2 to $2.0 has been a strong support level since 2021. We can expect to see MATIC on these levels if it somehow manages to sustain the $0.75 level, breaking out of its consolidation phase.

Ethereum’s success would eventually be transferred to MATIC only after ETH transitioned to Proof of Stake. For now, buyers should look at acquiring since the value will not remain in the red. As the dApps and DeFi ecosystem take up, the prices of MATIC would subsequently rise.

Chainlink Keepers and VRF are Live on the Avalanche Network 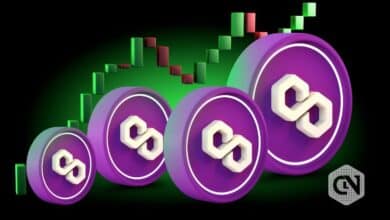 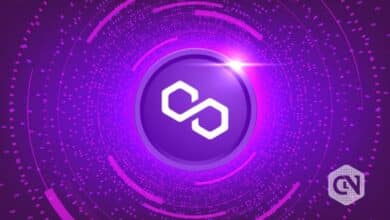 Polygon stands tall in the sell-off market: Will MATIC reach $2? 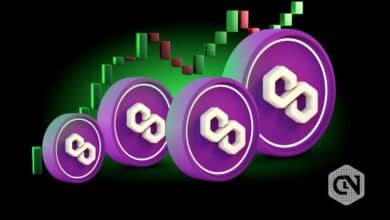 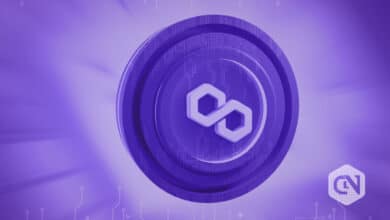