More than 300 senior government officials, private business leaders, experts, and regulators will focus on the public-private partnership model for developing infrastructure at the PPP MENA Forum from February 23-24, 2022, in Dubai.

As many as 242 public-private partnership projects worth US$223 billion (Dh818 billion) are under development in the Middle East and North Africa region, according to recent reports, which is set to go up as project execution picks up with a return to normality and higher oil price that will fuel economic growth in the Middle East—pushing public-private partnership sector.

This is more or less in line with a World Bank projection estimating that the Middle East and North Africa (MENA) region would need between US$75 and US$100 billion of investment per year over the next 20 years to meet its needs.

“Since public finances remain strained in many MENA countries, rising infrastructure needs will require the mobilization of private investment. Recourse to public-private partnerships (PPP) can help meet these challenges while simultaneously improving expertise and capacity in critical sectors such as transport and renewable energy among others,” said a report by OECD.

PPP could play a crucial role in bridging the large funding gap in the massive infrastructure development being undertaken by the governments of the Middle Eastern countries. However, these countries need to streamline the legal framework and the regulatory regime in order to facilitate private participation in public projects. Nine out of fourteen countries in the region now have a PPP law and a dedicated PPP unit in place.

The importance of public-private partnership (PPP) as a solution to the region’s infrastructure funding gap will be debated at the two-day PPP MENA Forum that is scheduled to take place at Movenpick Grand Al Bustan, Dubai, from February 23-24, 2022. More than 300 government officials, project owners, experts, business leaders, regulatory officials are expected to underline the key issues in the development sector.

Held under the theme—fast-tracking PPP projects for greater economic recovery, the two-day conference will see over 30 experts discuss ways and means to achieve greater public-private partnership opportunities. The Forum will tackle timelines and requirements of current and future multibillion-dollar PPP project pipelines from across the region and PPP legislation plans.

PPPs or any other form of alternative provision or financing is not necessarily new and the GCC region has a long history of using the PPP method, specifically in the energy and utility sector, where numerous conventional power plants, solar power plants, and desalination projects have been implemented in the UAE, KSA, Qatar, Kuwait, and Oman.

At the end of 2020, the report identified 242 PPP projects under development in the MENA region, worth an estimated $223 billion.

“PPP development is still slow in Africa as a whole—in 2019, the continent only accounted for $7 billion of the $97 billion of private investment commitments made across the world’s low and middle-income countries,” PPP MENA Forum said in a report.

“In fact, five African countries accounted for more than 50 percent of all successful PPP activity from 2008 to 2018: Morocco, South Africa, Nigeria, Egypt, and Ghana. However, the African Development Bank believes that PPPs will quickly prove a vital means of bridging the predicted $68 to $108 billion a year financing gap that Africa will face by 2025.”

Leila Masinaei, Managing Partner, Great Mind Events Management and organizer of the 2nd PPP MNEA Forum, says, “As the economic activities regain momentum following the COVID-19 pandemic, governments are going to bring more projects on the drawing board for execution. With the private sector’s strength, capital, and resources, the governments will be looking at benefitting from the capabilities of the private sector.

“Most Middle Eastern countries have now updated their PPP legislation that gives a lot of clarity to the private sector as well as foreign investors willing to participate in the public projects.

“With oil prices at a more comfortable level, the oil-exporting countries in the Middle East will definitely inject the oil windfall money into building infrastructure, where the governments will bank on the public-private partnership model, now that the regulatory regime is firmly in place.”

Governments of the Middle Eastern countries are increasingly relying on private capital and private sector resources to build and expand infrastructure—in the roads, highways, bridges, utility, energy, power, aviation, and telecom sectors. Across the MENA region, PPP pipelines are either in full flow or are primed to admit a slew of new projects under a climate of increasing cooperation between the public and private sectors.

Ziad Alexandre Hayek, President of the World Association of PPP Units & Professionals, says, “It is extremely important that countries align their PPP effort with their SDG program, that projects be designed with ESG in mind, and that political decision-makers be well-informed about best practices in PPP. I will touch upon these and other topics in my talk at the 2nd PPP MENA Forum, which will be an opportunity for the region’s PPP practitioners to come together and discuss matters of mutual interest.”

Atter Ezzat Hannoura, Director, PPP Central Unit at the Ministry of Finance, Egypt, says, “I am very excited to be involved in the 2nd PPP MENA Forum. It comes at a crucial time where PPP can be used to kick start post-pandemic economic growth and is critical to both Egypt and the wider region.”

Chilliz Expands Its Ecosystem with ANKR 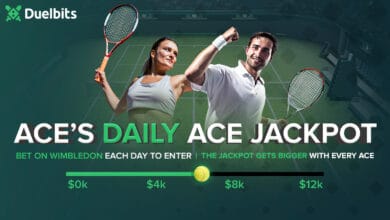