A revolution in technology, a path breaker in the finance sector, and a hot topic today is the Blockchain technology. In many ways, the institutions and big tech firm are benefitting from the blockchain and its applications. But is it something that can interest a common investor or a buyer or a small scale business? Let us find out.

Amongst many uses of technology, most are related to money and finance related operations. As Price Waterhouse Coopers (PWC) defines blockchain, it is a distributed, decentralized transaction ledger. The three major characteristics it holds are immutability, resilience and security. With that, we can discuss where blockchain is being used or can be used. 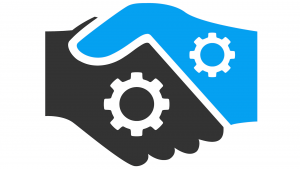 Blockchain technology is mainly being deployed to provide more transparent and hassle-free services in smart contracts. The new technology eliminates the need for a middleman. Smart contracts built on Blockchain enhances the traceability and trust in the service.

Major health insurance firms have started to consider blockchain technology for their operations. The insurance firms can leverage customer satisfaction to a higher extent with the use of blockchain. One of the significant contributions of the recently developed technology to the insurance sector is that it can perform Automated claims processing. Also, it removes the role of the third party from the system. Moreover, it reduces the risk of data loss or misinformation.

Recently, a massive international insurance firm Aetna has involved itself in the blockchain project in the partnership with IBM.

This is the most frequent and widespread use of the blockchain. It helps the most when it comes to cross border payments. Blockchain has been very influential on payment systems due to improved speed, cost and security. The manual processes regarding payments have also been lessened, thanks to the blockchain technology. Non-blockchain payment systems lack transparency and hold chances of failure of a transaction.

There are so many payment giants and shopping firms which have embraced blockchain technology in their systems. Some renowned firms among them include Overstock, Expedia, PayPal, Microsoft and Bitpay. 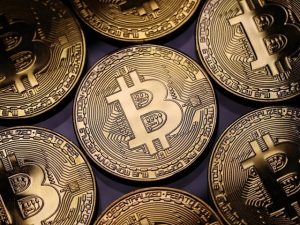 Notably, there are over 700 types of cryptocurrencies in the market. Bitcoin is the first and topmost of all. These digital currencies are taking over the world while putting a threat of disrupting the traditional currency economy.

The list of use cases is not done yet. Apart from mentioned fields, blockchain can be used in many other industries like the energy sector, as one can produce electricity with the help of it. Also, it is largely being used in the healthcare sector, especially by IBM. Interestingly, music has also welcomed blockchain in many ways. Last but not least, major applications of blockchain are ‘Know Your Customer’ (KYC) and Anti-Money Laundering (AML). The blockchain is able to ‘auto verify’ an individual’s identity, which makes it crucial for KYC and AML. KYC and AML are the most important parts of cryptos as it can control terror funding and money laundering.

Is the Bearish Trend of ETC Going to be Profitable?