US President Donald Trump has been a strong critic of the Federal Reserve and its chairman, Jerome Powell, but it hadn’t been a matter of concern till now. However, Trump recently appointed his close aide Stephen Moore on the board of Federal Reserve, which has raised several eyebrows across the banking spectrum.

The move is expected to cause a severe disruption in the banking sector. Firstly, the current US President has always been hostile towards the Fed, as the US central bank has been opposing several policies of the Trump administration. In fact, the Federal Reserve has a rich history of opposing being at the opposites of Presidents. However, no President attacked the independence of the Fed in choosing personnel.

Stephen Moore is not at all qualified for the position as per experts, but nonetheless, his loyalty to President Trump has earned him this reward. Though, the move can trigger inflation in the country, which has been on the verge of it for the past couple of years. As recent history suggests, the appointment of puppet heads in central banks trigger inflation and very bad ones at that. The exponentially disastrous inflations in Venezuela and Zimbabwe are testimonies to this fact.

However, on the flip side, Bitcoin could be the main beneficiary, in the country suffers inflation. Cryptocurrencies are known to be beneficial for countries hit with an economic crisis, like Venezuela. They have the potential to pull countries out of the clutches of inflation. 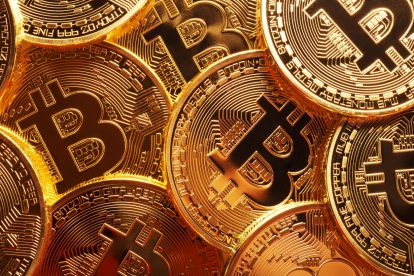 Notably, the country’s fiat currency, the US Dollar is the most traded currency in the world. Over 62% of holdings of central banks across the globe are in USD. As inflations hit the US, USD will lose its value triggering global inflation. If that happens, the world will be in dire need of a deflationary asset to replace the USD, and that is where Bitcoin excels.

Russia, one of the countries with bitter relations with the United States is already working on a cryptocurrency, targeted to reduce the country’s dependence on the US Dollar. If it succeeds, more and more countries, with whom the US have deteriorating relations, like Turkey, China, Iran, North Korea, Venezuela and other such nations, will become extremely interested.

So the math is simple, as more and more governments bend towards Bitcoin the bigger the bull will become. However, the dream still remains at a distant, and an uncertain, far. Moore might become the chairman of Federal Reserve, only if he and Trump are able to get rid of Powell. And given the current scenario, it seems possible, though not before the 2020 presidential elections, if Trump manages to retain office.

Investments in Bitcoin will continue to grow. And with the deflationary properties it posses, it will be the first choice from central banks globally, in case the USD collapses. Cryptocurrencies, in fact, came into existence with the sole ambition of replacing fiat currencies.

Ripple (XRP) Price Analysis: Can Ripple Move up to $5 this Year with the Partnership of JP Morgan?