Bitcoin Cash forked from Bitcoin in 2017 and has never looked back since then. The hashing algorithm used by the currency is influential enough for the traders to believe in the long term success of the BCH coin. Bitcoin Cash is far behind its parent crypto Bitcoin but has surely created a visible divide in terms of the followers of each currency. The recent news on finding a bug just before the upgrade announcement has affected the price movement slightly yet BCH token continues to move upwards as reflected in the market data. 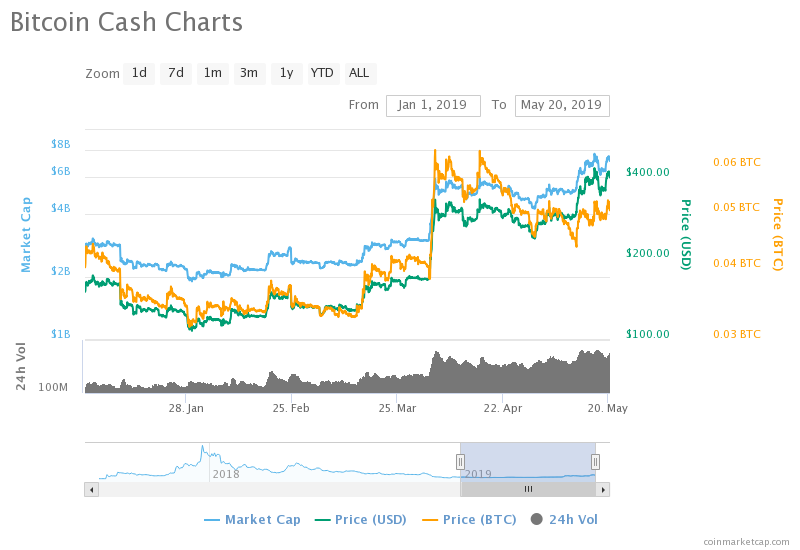 Bitcoin Cash has the potential to reach as high as 4,355.62 USD as in December 2017. The coin has been moving upwards continuously since April after recording a sideways trend for a few months. In fact, BCH has grown over 3X times from its value in January 2019. The coin has the potential, confidence from the CEO Roger Ver and immense support from the community to reach up to 1000 USD by the end of 2019. The price can go as up as 10,000 USD in the next 2 years.

Bitcoin Cash is here for a long term game and is going to give a tough fight to its competitors in terms of technological features. The mining of BCH is highly advisable now and fruitful in the future.

CEO of Ripple Equated xCurrent as an Upgrade to SWIFT

Ethereum Classic (ETC) Price Analysis: Will ETC Cross The $10 Mark In Next 30 Days?