Bitcoin Cash is on its toes and turning every opportunity in its favor. The recent developments in the platform have made it an exclusive cryptocurrency of many stores. Since its inception in 2017, Bitcoin Cash has never given the traders and investors a single dull moment. There’s always something happening at the firm or in the BCH market value, and that change is usually positive increasing the trust of market analysts manifold. Last year the company had partnered with Microsoft Corporation, which resulted in an exponential price surge and this year it has been following a similar approach like collaborating with BitPay to become accessible on Apple Pay and Samsung Pay. The market sentiment is positive. 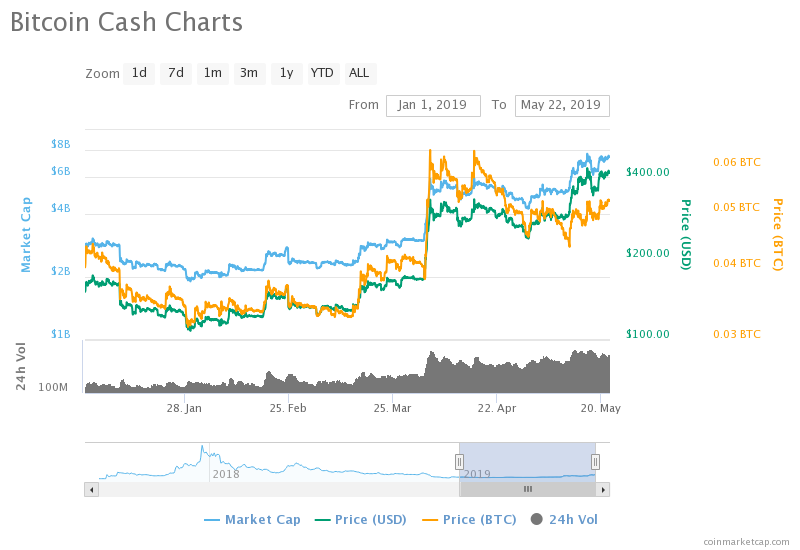 Bitcoin Cash is strong and reliable and has the potential to reach as high as USD 4,355.62 as in December 2017. The value of the coin has shown tremendous growth in 2019 with steep curves observed in April and now again in May as well. Bitcoin Cash has a strong market reputation, and it’s only a matter of time that the currency will again witness a bullish trend. As per Bitcoin Cash Forecast, the BCH coin price can rise to 2000 USD by the end of 2019 and can cross the $5000 mark by the end of 2022.

Bitcoin Cash is doing fairly well and has always beaten the competitors to climb up the coin ladder faster. It has the strong backing of all the major investors and hence mining BCH coin now is an option to jump for.

AML is a Serious Thing, and Bittrex’s Partnership with Identity Mind Shows its Priority