Jokes can become a blessing in disguise. It surely did for Dogecoin. What started as a meme in 2013 has now become a global phenomenon with millions of followers and supporters. Dogecoin forked from Litecoin and is being used to reward the content contributors on Twitter and Reddit. Although the firm has made some strategic alliances here and there, nothing has been strong enough to establish it as a reliable, long term cryptocurrency. Elon Musk’s recent tweet on calling it his favorite currency caused a momentary stir but the firm has to find a strong ground to continue in the long run. 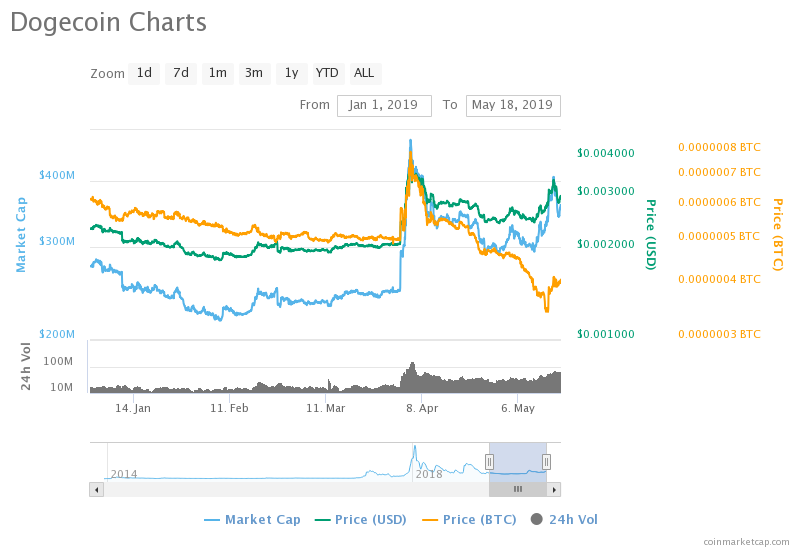 Since the beginning of 2019, Dogecoin was moving sideways until April when the value of the coin shot up to 0.0040 USD. The coin had recorded it all-time high in January 2018 at USD 0.018. It is again showing an upward surge since the past few days. As per Dogecoin long term prediction, the price of the coin can rise up to 0.009 USD by the end of 2019 and can reach up to 0.1 USD by 2020.  Dogecoin will have to find its purpose and taken some bigger moves to sustain the market fluctuations.

Investment in Dogecoin is beneficial in the shorter run and can yield good results. For the long term investments, observing price movement for the next few months will prove to be beneficial in making an informed choice.