Holochain (HOT) is a digital network which provides peer-to-peer networking for agent-centric agreements. The platform is decentralized and maintains complete anonymity of the users. The Holo ecosystem relies on hosts providing processing and storage for distributed applications. The technology used by Holo empowers every device to work independently and it requires only data synchronization from time to time. Recently Holo has taken internal feedback and awareness which has prompted the coin to install new updates for both app developers and core contributors. 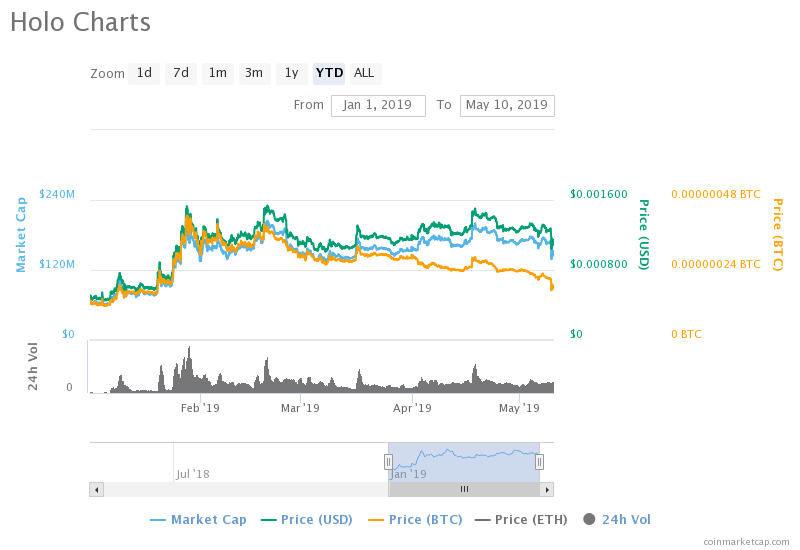 The major issue with Holo (HOT) is its absence of this coin in major exchange. There are many major upcoming tie-ups with companies like Junto.love, a social network, Core.Network, also a social network and Bridgit browser, “quantum search.” According to our hot token price prediction, the value will have stable growth with resistance at 0.0014 USD. By the end of 2019, the value should be at 0.01 USD or 0.02 USD.

As the coin has been moving with a stable pace, holding it for a longer period is the only profitable option for investors.

Cardano (ADA) Price Analysis: Can The Shelley Upgrade Save Cardano?