Litecoin is a blockchain based cryptocurrency using hashing algorithm for faster and more efficient transactions. The firm has been inking key partnerships over the last few months including collaborations with Glory Kickboxing, Travala.com and C&U entertainment for making LTC token mainstream. Charlie Lee has been nothing but positive about the future of the currency, which gives more hope to the traders. The current market data is a testament to its growing popularity and adoption. 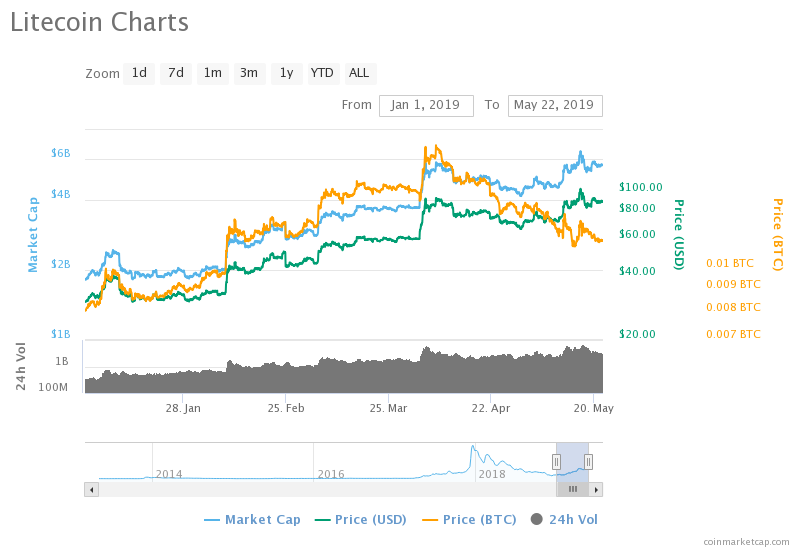 Litecoin recorded an all-time high value in December 2017 at USD 375.29. The price of the coin has been showing a continuous upward trend since the beginning of 2019 and has crossed the USD 100 mark as well. In the upcoming months, Litecoin can report exponential growth as a result of recent technology upgrades and an increasing pile of partnerships with worldwide companies. The price of the coin has the potential to cross the 500 USD mark in 2019 and set a new milestone. In the next 3 years, the price of each LTC coin will be around 1000 USD.

Based on LTC Price Forecast, Litecoin can be targeted for long-term investments with huge returns. Start Litecoin mining today and slowly increase the number by observing the price movement carefully.