NEO is an open sourced decentralized blockchain based platform that focuses on digital assets and features smart contracts. It is the first platform to be developed and launched in China and also known as “Chinese Ethereum”. 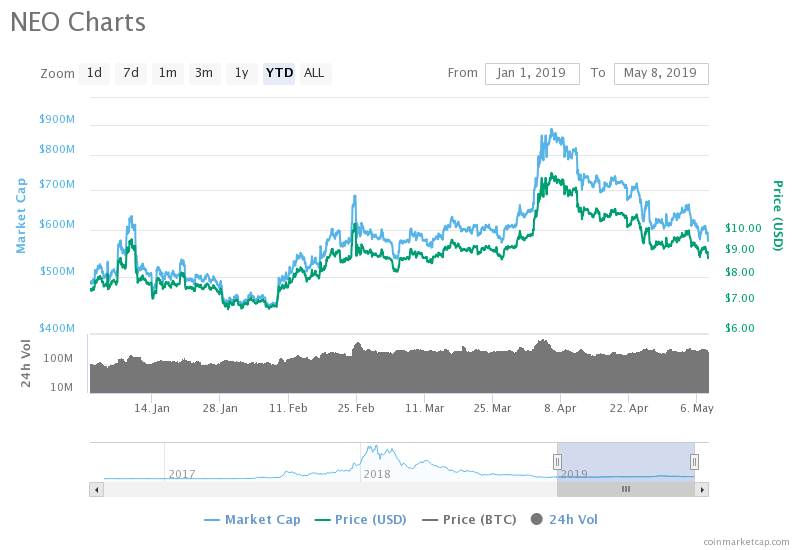 Though the short-term price trend for the coin is bearish, there will be an upsurge in price in the near future. Major MNC’s have tie-ups with NEO, and Institutional Investors are finding the coin attractive due to its advanced technology. The much-awaited launch of NEO 3.0, which will be a robust blockchain implementation, will also be a major reason for the price rise. The launch is bound to increase the speed and stability of the coin and attract new users. NEO developers are working towards making it the economy for the future. NEO price prediction analysts expect a bullish trend in the long term, and the price is expected to be around 18 USD by the end of 2019.

Investors’ interest in the coin is set to grow due to all the positive developments taking place. NEO’s backing by the Chinese Government, the increasing interest was shown by institutional investors, advanced technological developments and its focus on digitizing assets are the factors which will work in its favor. The time and the price is right to buy NEO coins. NEO, because of its potential, makes a better option as a long-term investment. Existing investors are, therefore, advised to hold the investment for some more time.