Highly-anticipated Aptos was under downward pressure from the bears after the tokenomics backlash. The community was unhappy that the devs gave almost half the tokens to themselves.

Polygon is riding the wave of its partnership with Meta, pumping 20% since the deal. However, traders disagree on where its price will go in the near future.

The real star of the week is Orbeon, a new crowdfunding, and venture capital platform. The token is in the first phase of its presale, and experts expect it to pump 6000%.

Polygon is a decentralized scaling platform for Ethereum. It allows developers to build scalable, user-friendly apps without huge gas fees. As a Layer 2 solution for Ethereum, Polygon is an extension of its vast DeFi ecosystem.

Recently, Polygon pumped once Instagram announced that it would introduce NFTs on its network. Users will soon be able to create Polygon NFTs directly from Instagram’s app and sell them to their fans.

As a layer 2 for the biggest blockchain network out there, Polygon is essential. However, once Ethereum resolves some of its scaling issues, Polygon could be in trouble. That’s why institutions are not in agreement about its price. Gov Capital says Polygon could reach $3.19 by the end of the year. At the same time, PricePrediction says it will average at $0.92.

Aptos is a layer-one blockchain that was launched last month by former developers of Meta’s Diem. The team repurposed Diem’s blockchain after Meta, formerly Facebook, scrapped the project.

Investors hugely anticipated Aptos due to its revolutionary network infrastructure. Some believed that it could surpass other major level-one blockchains in terms of scalability and performance.

Still, despite the controversy, many analysts are bullish on Aptos. Some experts predict that it could reach $11.5 by the end of the month. Currently, Aptos is trading at $7.75. 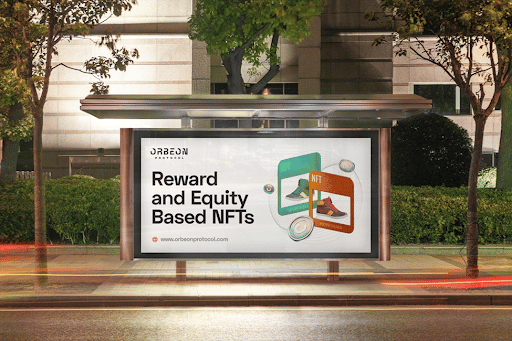 Orbeon Protocol is a crowdfunding and venture capital platform that allows small traders to invest in startups. Traders can invest in high-growth early-stage companies with as little as $1.

For a long time, investing in early-stage companies was reserved for the world’s elite. Small traders could invest in companies like Airbnb or Facebook only when they went public. By then, they had missed out on most of the upside. With Orbeon Protocol, startups can issue fractional NFTs, allowing anyone to invest. This is a win-win for both startups and investors. Startups get more money, while small investors get to invest early in projects they believe in.

Orbeon Protocol is currently at the first stage of its presale, selling at $0,004. Experts believe the token will soon pump to $0.24, an increase of 6000%.

Find Out More About The Orbeon Protocol Presale

Why Polygon, Litecoin, and Snowfall Protocol are Gaining Attention!