The self-proclaimed creator of bitcoin Craig Wright has claimed that he is the one who has invented Bitcoin. Previously he came up with a claim that the author of Bitcoin white paper fooled him. When he spoke at the London Blockchain Forum in the year 2019, he claimed that he would reveal the proof of his authorship of the Bitcoin code.

Wright is facing a lot of criticism ever since he has claimed that he is Satoshi Nakamoto, the creator of bitcoin. The bigshots of the crypto industry have gone on record and accused him of making all false claims. The founder of TRON and the current CEO of BitTorrent took it to Twitter, saying that Craig Wright is Fraud.

Craig Wright is a fraud.

Wrights’s claims of being Satoshi Nakamoto have created a disturbance in the crypto space lately. Crypto biggies seem to be extremely petrified, coming across such false claims. Previously in the year 2019, the CEO of Binance, Changpeng Zhao, was standing strongly against Wright’s false claims. CZ later delisted BSV from the Binance platform. After getting delisted from Binance, the currency witnessed 11% of devaluation.

Well, not just CZ, John McAfee comes among the first few people who immediately denied the claims made by Wright of calling himself as the originator of Bitcoin. McAfee is adamant that Wright is a fraud, and he will be exposed soon. Wright even threatened to file a case against McAfee and treat him as he has been treating his other critics. Twitter has witnessed a war of words between McAfee and Wright.

Previously when the court demanded access to the older Bitcoins, Wright did not have any such proofs and information. He himself did not have access to these old Bitcoins, and after countless attempts, Wright has failed to prove his ownership. Since he has failed to prove that he owns Bitcoin worth $10 billion, this has backfired on him. This can now be considered that Wright had stolen Bitcoins from Kleiman.

Samson Mow, the popular crypto influencer, also took a dig at Wright after Ira Kleiman took an ugly turn. Mow tweeted that the Bonded Courier was not just the attorney but also the priest. David Kleiman’s daughter, Ira, filed a lawsuit against Wright worth a billion-dollar. She has accused Wright of manipulating her father and tampering with his documents to get access to the Bitcoins.

A lot of crypto biggies and crypto influencers have been very adamant about the false claims made by Wright. Wright has fallen into a tussle with Changpeng Zhao, John McAfee, Charles Hoskinson, and many more, and still, he isn’t taking back his claims, and problems don’t end for him. He is standing firm on his claims even after failing to prove himself multiple times. 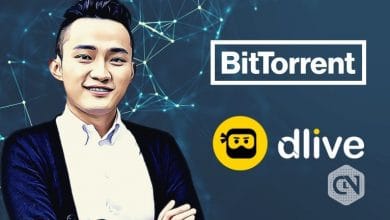