The NFT industry is on the verge of evolution. It started to support local artists but NFT is now gaining momentum to serve as a marketing tool for various businesses. Both the aspects are correct at their respective places.

Since non-fungible tokens are stored using blockchain technology, it is easier to track their true ownership. Needless to say, the artist or the person who comes forward to sell their digital artwork must be the rightful owner of it.

One of the benefits of non-fungible tokens on which the entire industry is betting is the scope of expanding the purpose of an NFT in the future. It has already started working in the favor of the industry as many businesses are now entering the NFT marketplace to make their brand outshine other brands.

Qantas is a new entrant into the industry of non-fungible tokens. The airline dates back to more than 100 years. What has kept it alive in the airline business is its flexibility to constantly transform with time.

Since its inception, Qantas has stood tall on three pillars namely Delivering Today, Looking Ahead, and Acting Responsibly. The focus has always been on optimizing the value for stakeholders while creating opportunities for its people and amazing experiences for customers.

Qantas strives for leaving a positive impact on the community as a whole and minimizing the impact of its operations on the environment.

The soon-to-be-released NFT collection has been teased by Qantas on their website. The airline has announced that it will be a collection of its memorabilia.

Just like every other NFT collection, Qantas will also rely on blockchain technology. It will ensure that all the pieces of its non-fungible tokens are unique and that they can be bought, owned, collected, & sold easily in the NFT marketplace.

Qantas has already made its NFT offering unique by deciding to reward the first buyer of Qantas NFT with a Qantas Point. This is the first-ever incident where an NFT holder is getting the opportunity to immediately earn a redeemable value on his or her purchase of a non-fungible token.

The airline is working to offer more benefits and rewards to its NFT holders in the future.

NFT releases have always attracted attention due to the high consumption of energy throughout the process. In the case of Qantas, the airline has announced on its website that its NFT release will be on platforms with low-carbon usage and carbon offsetting. The release will additionally ensure that there is net-zero emission in the process.

Non-fungible tokens have always been tipped in the manner of supporting a local artist from any part of the world. The entry of Qantas signifies that NFTs have the capability to expand the horizon of the industry.

Anyone who buys Qantas NFT automatically becomes an investor in the brand. The holder is expected to gain special access to many exclusive services and products of Qantas in the future.

Bored Ape Yacht Club, for example, started only with a chat room and a graffiti board. Later, it went on to invite its holders for social events and even for an actual yacht party. 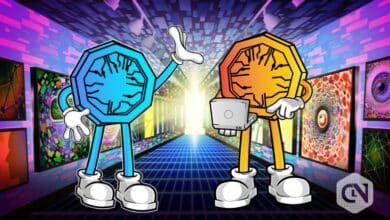