Quant project is a blockchain space that aims to solve interoperability issues by creating a specific operating system. It uses distributed ledger technology to bridge the connectivity gap between various blockchain networks. Hence, the foundation for this entire network is the operating system called the Overledger network.

This operating system allows developers to create decentralized multi-chain applications and take advantage of the best of multiple different blockchains. To use this advanced ledger technology, developers need to hold QNT tokens, which creates the tokenomics of this network.

QNT is currently valued at $1,829,392,544, with a circulation supply of more than 12 million tokens. A vast majority of 83% of tokens are already moving in the exchanges and wallets in the liquid state. This token stands at the 32nd position based on its market capitalization, with a lifetime high of $428.38 in September 2021.

After considering the price action of this relatively stronger cryptocurrency, it is expected that the lesser volatility of QNT could be the reason behind the stabilized price action. From a technical perceptive, the token is at the pinnacle of growth and advancements. Since taking support from its year low in June 2022, this token has taken an upside retracement in a bid to retake the lost grounds of 2021. However, read our Quant prediction to know how long this uptrend will continue! 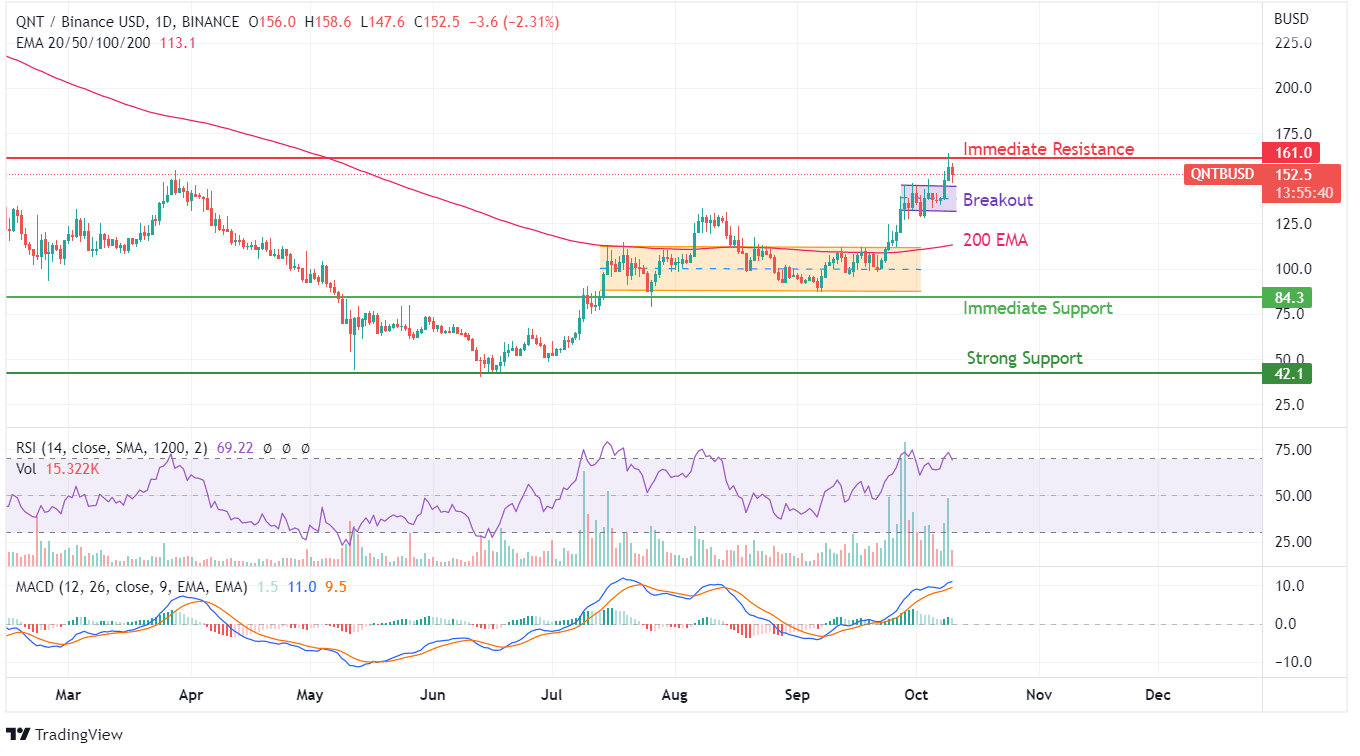 The initial reaction after finding support at $84 was consolidation, which was a much longer phase as QNT remained constrained to a minor zone for three months. It was only after getting successful in its second attempt to escape the consolidation that QNT was able to move beyond $100.

The movement beyond $100 has been an easy feat for this token because of its consolidated breakout and upside movement pattern. While the majority of cryptocurrencies are in a negative zone after failing to keep on with the gained momentum, QNT maintained its upside climb.

Because of less volatility, the technical indicators showcased a negative outlook whenever QNT reached the lower band of its consolidation zone. The latest trend puts RSI in the overbought zones demanding some profit booking from the price action, while MACD has parallelly moved beyond the curves.

Moreover, the transaction volumes during this period also scream for higher buying sentiment. The end of the current swing could bring a negative impact, but as soon as Quant token faces profit booking, a new set of buyers will be ready to take the prices even higher. 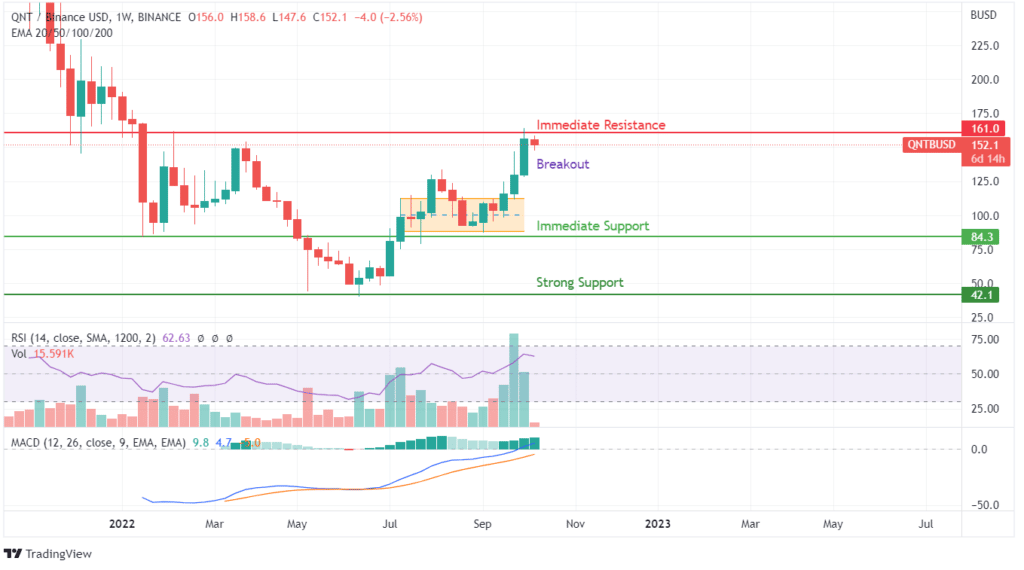 Quant price action on weekly charts showcases a tougher resistance standing on its path to a $300 value. QNT token has come face to face with its strongest 2022 resistance level that has previously created panic selling in January 2022 and March 2022.

The immediate support level of $84.3 demands creating a higher-valued support level to accommodate the upcoming volatility. QNT has already reached $161, which could create trouble for the price action in the coming weeks. Based on increasing transactional volumes, RSI, and MACD, it can be confirmed that the price movement for QNT is not a fluke but created by the fundamental demand of buyers. 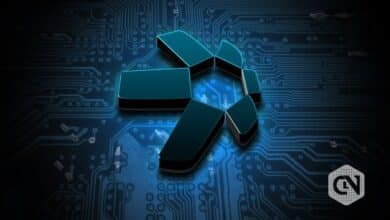 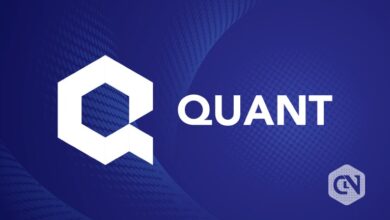