Cardano (ADA) has created quite a complicated price action testing new levels on the upper end. But the downhill movement matches up to the positive up move that pushed the ADA price from $2 towards $3. The rally might be short-lived, but the positive scope is not limited by current profit booking.

On calculating, the Cardano price has dropped almost 40% of its value in September. Other leading coins have also lost similar value. In terms of valuations, ADA still ranks at the 4th position above its arch-nemesis, Binance Coin. At present, Cardano is worth $68 billion, with just 71% of its circulating supply.

Cardano undergoes downtrend consolidation and retests the support level of $2. The falling values have made it difficult for the prices to sustain. Price sentiment, for now, seems to be negative, and one should wait for some clarity before making a trading decision. 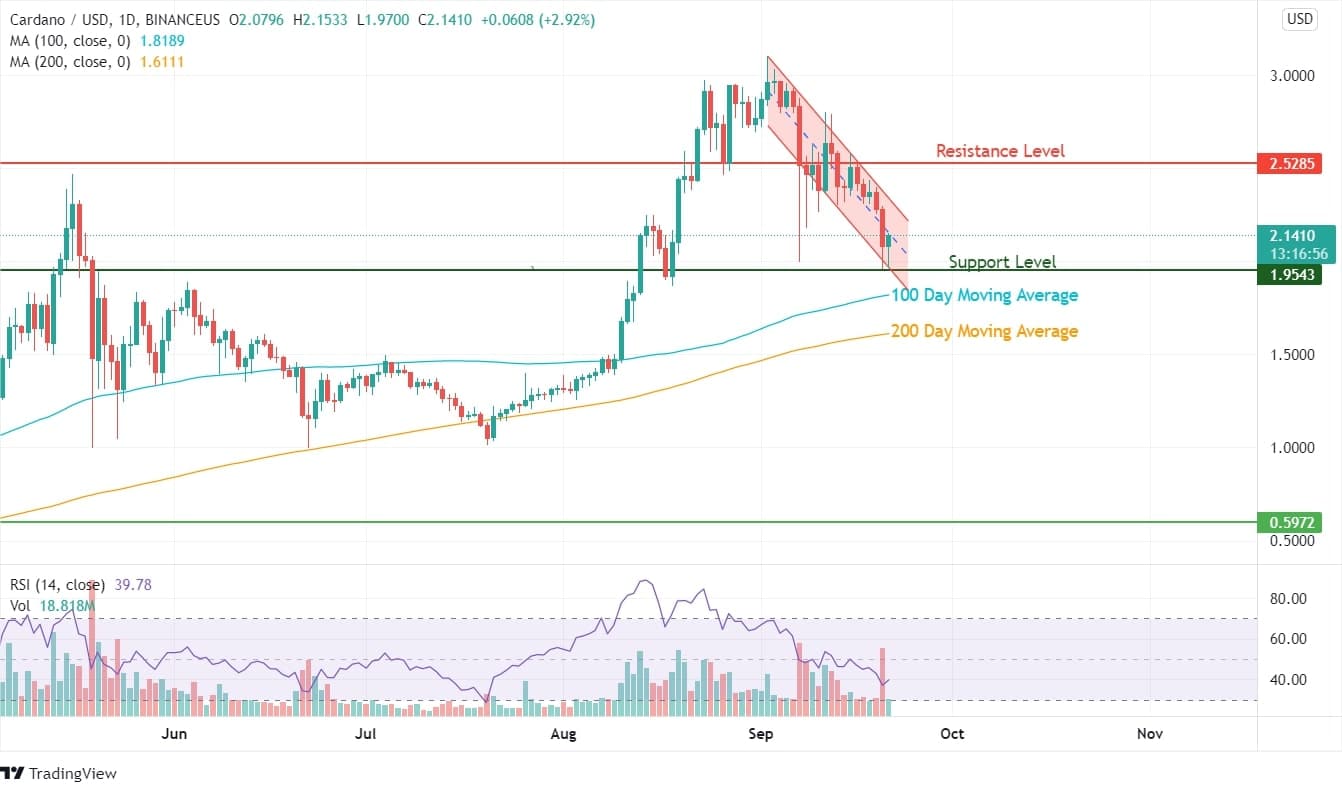 The sell-off, profit-booking, or downtrend movement is even swifter than the uptrend movement. ADA at present is locked under extreme negativity that emerged even before the broader sell-off of September 07, which has become a significant source of worry for investors, who were considering ADA as a competitor to Ethereum (ETH). While $2.00 has come out as a strong support level, helping ADA move in a positive direction, a new rejection has emerged at $2.50 levels.

On the downside, there are strong supports from the moving average curve of 100 and 200 days, which comes out to be at $1.80 and $1.60 levels, respectively. RSI on daily charts has taken a severe dip that resembles the sentiment during the adverse movement in June and July. The substantial negative selling volumes spike on 20th September has again wiped off any hopes of ADA returning to its former glory of $3 value any time sooner. 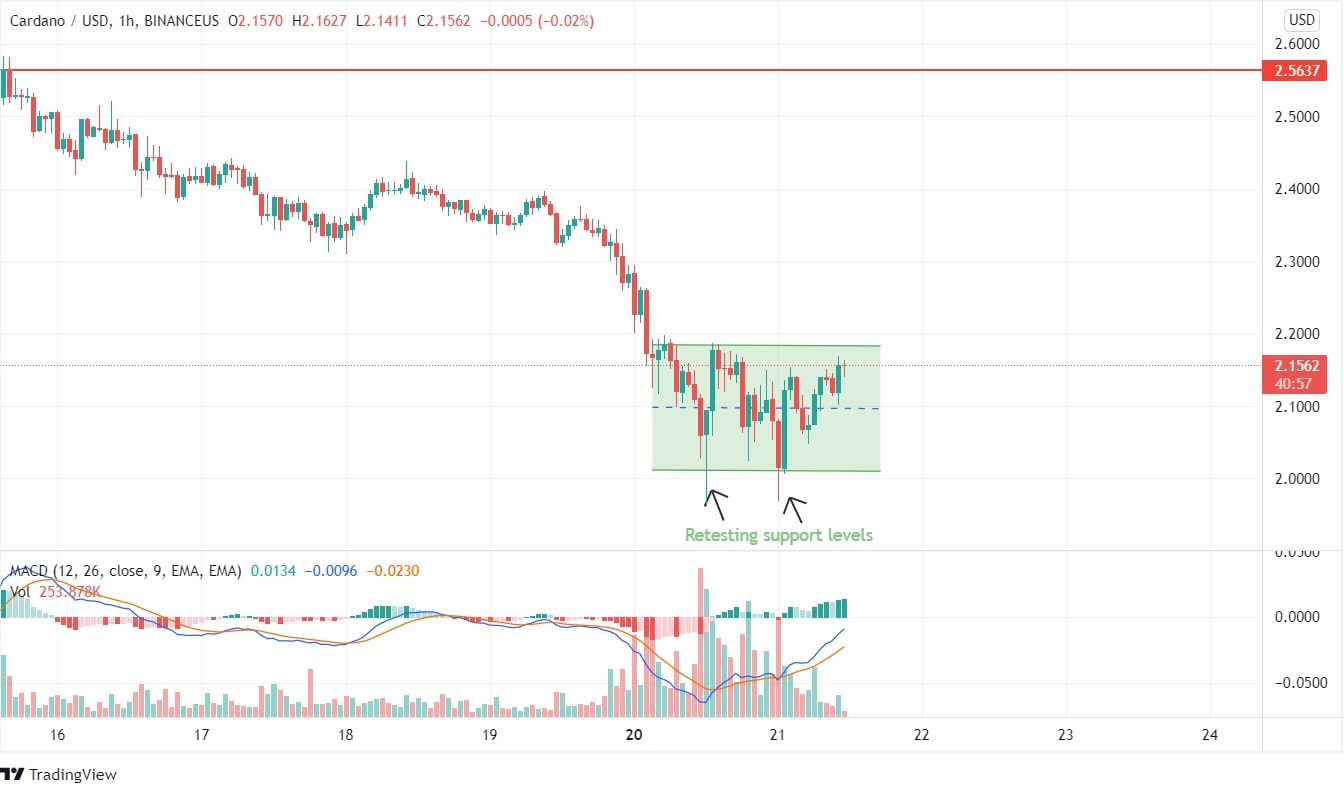 ADA cryptocurrency has made a disturbing pattern even on the hourly charts. ADA retested the support level of $2.00 twice in the last two days, indicating a possible outcome of a considerable sell-off pushing the value towards the $1.60 support level offered by the 200 days moving average curve. Cardano has had a strong price action in the last few hours, taking the price higher.

While the latest buying spree has saved ADA from a severe sell-off, it will be challenging to say if the moment sustains. MACD has given a decent push towards the positive axis and will be trading above $2.20 levels soon. However, there is a strong possibility for the sellers to become active again at $2.40 to $2.50 levels. Based on our Cardano predictions, such price action demands huge caution from the already invested and yet to invest category of investors.