Cryptocurrency payments have found their stance globally, and they have got solace in one of the local restaurants in Kenya, which surprisingly allows its customers to pay for their meals in cryptocurrency and bitcoin primarily.

Betty’s place, a Kenyan restaurant located in the beautiful landscapes of Mount Kenya, has allowed itself to facilitate with a growing number of visitors through cryptocurrency payments and bitcoin bills to enjoy delicious meals in the local restaurant.

One of the most favorites of its people and the most recommended dish is the “nyama choma” which is a dish of goat meat barbeque that has attracted the attention of lots of visitors and crypto enthusiasts from around the world. It is located in a rural town called Nyeri, just 90 miles away from Nairobi.

The restaurant is one of the few startups in Kenya that approved the adaptation of blockchain technologies and cryptocurrency. As a result, they accept payments in Bitcoin and Dash for the willing customers in exchange of delicious dishes.

The restaurant’s Proprietress Ms. Wambugu says, “I attract different customers from different parts of the world, whichever coin they have. As long as it’s a viable coin, we accept it. Since the world is becoming more global, my place is also becoming a global restaurant.” 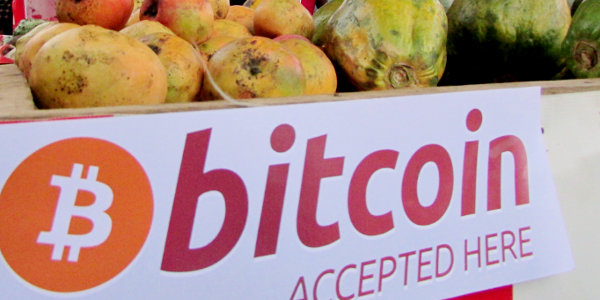 It is surprising to see that a booming local restaurant in Kenya has found its place with the newer technologies that currently dominate the world. But she believes to be open to adaptations like this as this is what the future will demand. Ms. Wambugu ventured in Bitcoin years ago, and within two years, she had enough working capital to get a two-floor Nyeri Hotel, later changed to Betty’s Place.

Apart from managing the restaurant herself, Ms. Wambugu also prides herself in conducting Bitcoin classes to explain and progress her understandings of cryptocurrency rudiments for other interested individuals to understand. She is a cryptocurrency pioneer and introduces bitcoin tutorial sessions for people every Sunday at her restaurant venue.

She claims that she sets aside that day especially for all those customers and interested fellas who have come to her asking about what is bitcoin, how does it work and how she manages to work with a cryptocurrency payment regulation on her own.

Despite recent warnings and anti-cryptocurrency statements from the government authorities of Kenya, there is a significant and continuous rise in the adoption for the same. Now and then the official’s issues warnings and awareness statements where they note the inherent risks of crypto and dangers that they could be unknowingly welcoming with cryptocurrency practices.

However, on the one hand, the government warned the citizens against cryptocurrency, the State’s Housing and Urban Development sector on the other, is launching new plans for incorporating blockchain technology for housing unit accommodation through distributed ledger technology.