The payment service company SendFriend has recently publicized the launch of their new service platform in New Jersey. Ripple powers the platform. The firm offers a cheap and secure way for the transference of currency to the Philippines. The newly launched platform will transform dollars to Philippine Peso at the lowest rate.

The company has joined with Ripple to utilize its xRapid service to give its customer experience of seamless money transfer. To deliver liquidity to the currency transmission process, the platform will use XRP. To avoid the traditional banking system USD is first converted to XRP and then to PHP, which takes only a few seconds.

It is reported that while transferring the money, millions of Philippine staying abroad spend about $45 million as fees. Sending money takes about four business days to reach using traditional systems.

SendFriend has confirmed that their fees will be 65% lower than the traditional system as they will be replacing the frictions and charges.  As they are introducing the ultralow-cost system for the money transfer.

In a tweet, the company has confirmed that they will be present in the Philippine American Friendship Committee Parade to mark the launch of the platform. All the Filipinos attending the event can check the platform in their booth. The first few customers will get a chance to do three transactions free.

SendFriend is founded by MIT alumni David Lighton; he is having experience of working with the World Bank. The company believes that Filipino workers have a better alternative to transfer money to their family and friends. SendFriend is already accepted by the Accelerator Program of Barclay and is driven by TechStars, to build their Customer first solution.

The platform launched by SendFriend is not only available to the Filipinos of New Jersey but also accessible through mobile and desktop in other states through OFWS. Some of the big names of the industry like the Mahindra Finance, Mastercard Foundation, and Barclays have already invested in the firm.

The company has the vision to help millions of Filipinos staying overseas in the transnational transaction. Their partnership with Ripple will permit them to achieve their vision.

Bitcoin Price Analysis: Bitcoin (BTC) Is No Less Than A Sensational Currency 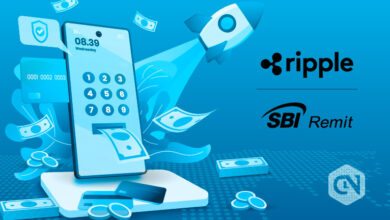