According to a tweet by the official account of Ripple, blockchain technology marked the beginning of using retail payments application, specifically focusing on the consumers. The tweet dates back to Thursday when the firm disclosed its plan to confirm the launch of ‘MoneyTap’ application as it goes live after initial announcement about the app plans at earlier this year.

The retail payments app for consumers supported by a group of 61 banks of Japan, whose communion of banking assets is responsible for almost 80 percent of the total assets in Japan. The blockchain payment application is also a product of SBI Ripple Asia, a banking conglomerate that focuses on efforts for utilizing blockchain technology for better upgrades in domestic banking transfers occurring particularly in Japan, as of now.

Blockchain has shown immense potential in bringing a revolutionary change in the world of the digital economy. However, having the prominent characteristics realize by institutional firms is a great step in itself. This year saw many great projects coming in association with blockchain and many giant enterprises and banks regarding blockchain when it comes to finding easier and more manageable ways to bring changes in the traditional work. 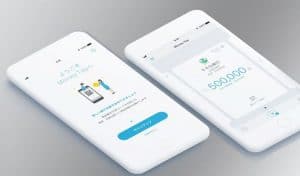 Moreover, the app is in association with blockchain technology, and as such we can expect proper security to come along with it. However, the surprising part is that the MoneyTap offers real-time money transfers from the bank accounts working with xCurrent, all year round within the country. The app will reveal on the app stores and can be used by Ripple’s blockchain network, according to the website.

Customers will be able to trigger the transaction with a QR code or using the phone number affiliated with the application. The real-time transfer application will provide the services on software platforms, Android and iOS. Currently, the three banks, Resona Bank, SBI Net Sumishin Bank, and Suruga Bank, offers zero-fee transactions between each. However, the customers will still have to pay a minor fee in cases of fund returns.

The MoneyTap is designed keeping quickness and faster fund transfer services in mind, and as a result, it leaves a small window for the big transaction. The motto is to offer quicker solutions regarding real-time payment as the term defines and that is why there is a maximum limit of ¥30,000 per transfer and ¥100,000 per day.

There is a similar banking transfer alternate available for Japan’s domestic banks which is the Zengin. But it provides services for a limited time at a bank and through traditional fund transaction methods, along with an addition of banking fees. For changing times, the new blockchain-powered app MoneyTap can surely grease the mode of payment for Japan and its residents.