Ripple launched round seven years ago, in 2012 as a subsequent version of Ripplepay. Ripple facilitates real-time payment settlement. It works on a common ledger which is different than PoW consent used by the Bitcoin. Ripple ledger is managed by a network which independently validates the servers comparing transaction records. Anyone can own these servers.

Using Ripple one can deal in any type of currency, be it fiat, or gold or airline miles. The network assures cost-effective and quicker traditional banking and crypto-currency transactions through ripple associated crypto-exchanges.

Rippe platform has its own token which is named XRP. Ripple claims o settle the payment within 3.5 seconds via XRP tokens. However, Ripple’s worth in the market is not due to is XRP token, but due to its ability to move assets quickly around the globe. Banks are using Ripple to settle foreign payments. At present, over 100 banks are associated with Ripple Network.

The top executive of this network recently undertook a Ask Me Anything session on Quora. We are talking about the CTO of Ripple David Schwartz. Quora users asked several questions to him during this session. These questions were about the overall crypto market, XRP and rules and regulation.

For the first time ever, I had one of my answers deleted by @Quora moderation. pic.twitter.com/EmTx7o4JNE

Many crypto space personalities hold Ask Me Anything (AMA) session on social media platforms. Developers, business personalities, investors, crypto experts, etc. conduct these sessions to interact with other community members (individuals/ventures). This helps in sharing the knowledge and insights, and at the same time, AMA holders come to know about the latest trend and sentiments of the market.

At present, Ripple is making new improvements and developments which would help in boosting crypto adoption. This might be the reason that the CFO felt like conducting a session.

One of the things shared by David Schwartz on his Twitter handle is that the Quora Moderation has deleted one of the answers given by him. One person asked him what would happen if a person makes a tattoo of the company’s logo on his body and shows it to the company’s legal authority.

On which he gave a funny answer which was later deleted by the Quora management.

Brave CFO Attends Ask Me Anything and Answers Questions on BAT 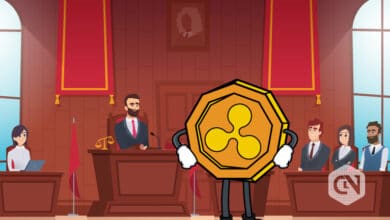