Ripple (XRP) was seen battling with the continuous ongoing rumor of the currency not being able to perform on the global market scenario. In order to stop these allegations and put an end to the ongoing damage to the reputation of the currency, the firm has recently shared the use case of one of its strongest global partners MoneyNetint. The currency has sent out a loud & clear message to the haters with the support of a long-standing client. The market trend can be expected to improve after this revelation. 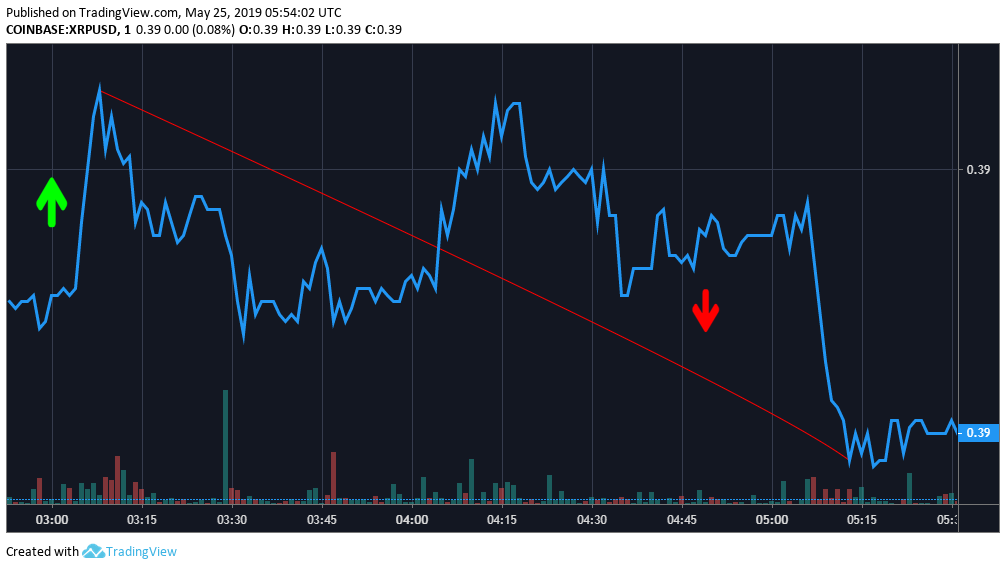 The ROI of the XRP coin stands at 6,486.11%. With a Market Cap of over $16 Bn, Ripple’s XRP stands at 3rd position in the global cryptocurrency ranking. In the last 7 days, the coin value has moved between the range of $0.42 & $0.36. The current price is dropping down before it rises once again in the coming weeks. There has been a growth of over 0.71% in the XRP value against USD.

The current market position has brought some respite to the currency holders, and the thoughts of selling have been put on hold by most of them. The price of the coin can show an upward movement in the next week as well and can rise up to 0.50 USD in the next one month. Buying XRP can be a good option as the market is sustainable and however, not immediate, but the currency can yield huge returns in the long term.