Yesterday, Ripple announced that it would be partnering with money transfer service providers Sentbe, Hanpass, and WireBarley to offer an improved cross-border payment experience in Korea.

In reference to the announcement, Ripple’s Senior Director of Global Operations, Emi Yoshikawa, stated: “South Korea is a hotbed of fintech innovation, and we’re committed to grow our customer base and presence. Since the Korean government started licensing payment providers for remittance in 2017, we have witnessed how Korean payment providers dramatically improved payments experience for their customers, and we are pleased to be part of their ongoing efforts.”

As a part of the partnerships, RippleNet will provide Sentbe, Hanpass, and WireBarley with technology infrastructure and network connections, which will enable consumers to send money in a faster, easier, and more reliable manner.

The move comes after Ripple’s initiative with Coinone Transfer, a blockchain-powered payment service, to provide remittance for its remittance mobile application, Cross. The app offers lower-cost payments in a number of markets (including Thailand and Sri Lanka).

Since its partnership with RippleNet, the platform managed to reduce its fees by 90 percent in comparison to average banking costs and, consequently, saw a 50 percent monthly growth rate of payment volume.

A money transfer company, Sentbe aims to provide its users with an easier, faster, and convenient way to conduct cross-border payments.

Its focus lies in the Southeast and Northeast Asia corridor, which includes Indonesia, Vietnam, Japan, China, and the Philippines. Compared to banking entities, the service helps customers save almost 95 percent of their transaction costs.

The focus of Hanpass is on simplifying the cross-border payment in Korea. It allows users to transfer money securely without the considerable hassle of complex identity verification processes and creating local bank accounts that require in-person visits. The company makes this possible by providing users with safe identity authentication processes. 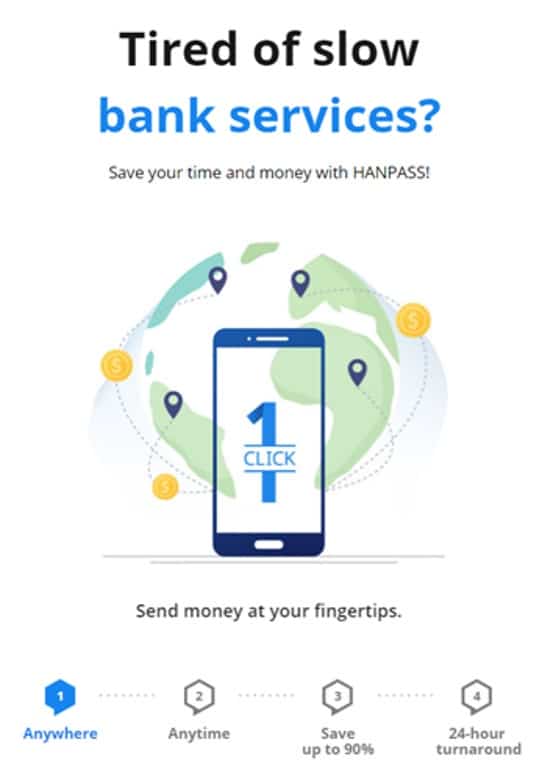 Much like the previous financial companies, WireBarley offers remittance services in the Asia-Pacific region. Although it was originally focussed on the Australian market, it has since expanded to New Zealand, South Korea, Vietnam, Philippines, Japan, Hong Kong, and the United States. It has transferred over $200 million in funds for over 120 thousand customers, up until now.

Millions of people in South Korea are involved in sending and receiving cross-border payments. With over four percent of the country’s population (over two million) being immigrants, there exists a vigorous payment corridor between South Korea and other nations in the Asia Pacific region, particularly China, Vietnam, Thailand, and the Philippines.

Since there are such a massive number of transactions occurring daily, time delays in payments, and high cost of remittances can make cross-border transactions incredibly unpleasant. They can often lead to the untimely payment of critical expenses such as tuition payments, emergency medical payments, and other unexpected bills.

In the past, the remittance market in South Korea has been primarily controlled by large, centralized financial institutions. This invariably involves high costs of transfer as well as delayed transactions.

Since 2017, the government of South Korea amended the nation’s laws to allow non-banking institutions to offer remittance services to consumers.

The chief goal of Ripple is to make global payments easy. It believes that the systems underlying traditional cross-border payment processes are complex and fragmented, resulting in costly, slow, and unreliable payments.

Using blockchain-powered technology, the platform aims to make it easier for financial institutions (like Sentbe, WireBarley, and Hanpass) to offer lower remittance costs and a better overall cross-border payment experience to its consumers.

Ripple has a growing network of over 300 financial institutions across six continents. 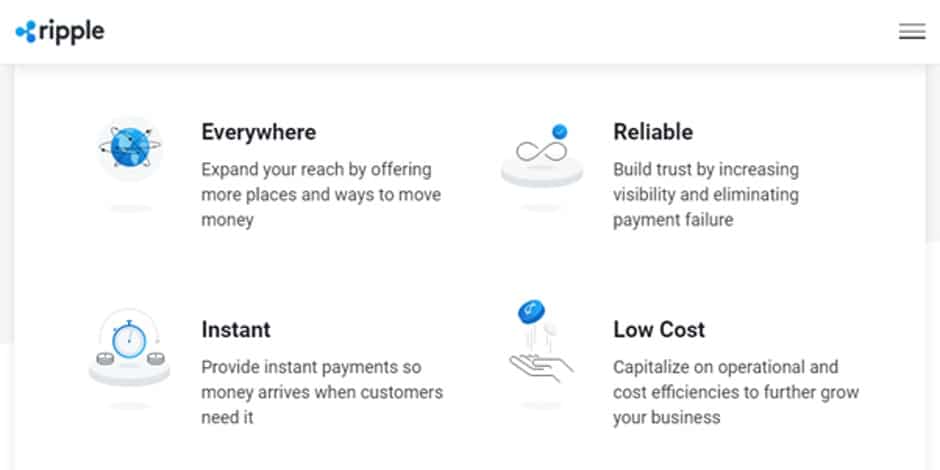 Bitcoin Bulls Weaken as it Hits a 30-day Low; What’s More in the Trunk?