Leading crypto-blockchain network Ripple has penned an open letter to the US Government, requesting fair regulation of the crypto industry. The letter comes as a response to the growing dissent in the government regarding digital currencies, especially after social media giant, infamous for several data and privacy breaches, jumped in the industry by unveiling the stablecoin, Libra.

The letter is signed by Ripple CEO Brad Garlinghouse, and Executive Chairman and co-founder, Chris Larsen. The letter addresses the US Congress, requesting not paint the entire industry with a broad brush, as many in the crypto and blockchain industry are responsible for their obligations to the US and International Law.

It further added that they don’t undermine the role and importance of central banks in issuing currencies and setting monetary policies around the world. They also believe that governments are better suited for issuing currencies globally, as the primary requisite for global acceptance in trust. The letter further read,

Companies like ours in the United States, and others abroad, employ these innovations in partnership with regulated financial institutions to enable the world to move money across borders like it already moves information—efficiently, reliably, inexpensively. In our view, digital currencies have the opportunity to complement existing currencies like the U.S. dollar—not replace them.

In the last few months, regulators around the globe have started to tighten their grip on the crypto industry, which was previously being touted only as an internet bubble. Earlier this month, US President Donald Trump tweeted that he wasn’t a big fan of Bitcoin or crypto, and thinks that they aid anti-social activities like drug trafficking and money laundering.

The US Congress, in particular, has been quite vocal against virtual currencies. Representatives like Brad Sherman and Maxine Waters have come out strictly against crypto, also demanding a complete ban on the industry. Ripple has urged them in the letter to impose regulations to support these companies to bring innovation that will benefit the masses, by defining fundamental differences between fiat and cryptocurrencies, rather than banning them completely.

The letter was concluded saying,

Without regulatory clarity, we risk pushing the innovation, tax revenue, and jobs that these new technologies create overseas.

You have the world’s attention. Let’s come together and seize the moment.

Ethereum Price Analysis: Ethereum (ETH) Price Dropped By More Than 30% In The Last One Month 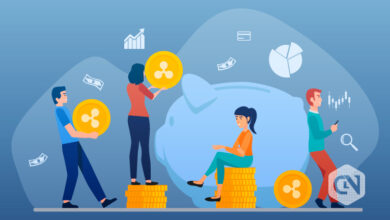