Ripple is designed & built to make cross border payments hassle free and effortless. Ripple (XRP) is currently empowering many banks and financial institutions globally to tackle their overseas transactions efficiently with faster speed, enhanced security, and convenient, user-friendly technology. Its consensus ledger has gained popular trust among the community & cryptocurrency supporters from across the world. The blockchain based platform also allows banks to seek liquidation as and when required. Ripple (XRP) which is now being used by numerous banks is helping them to expand their businesses and services to newer countries without worrying about the nitty-gritty. The team also claims to provide payment settlement in less than 5 seconds and processes over 1500 transactions per second as of now however they are further reducing the speed to accommodate scalability as the platform increases its adoption. 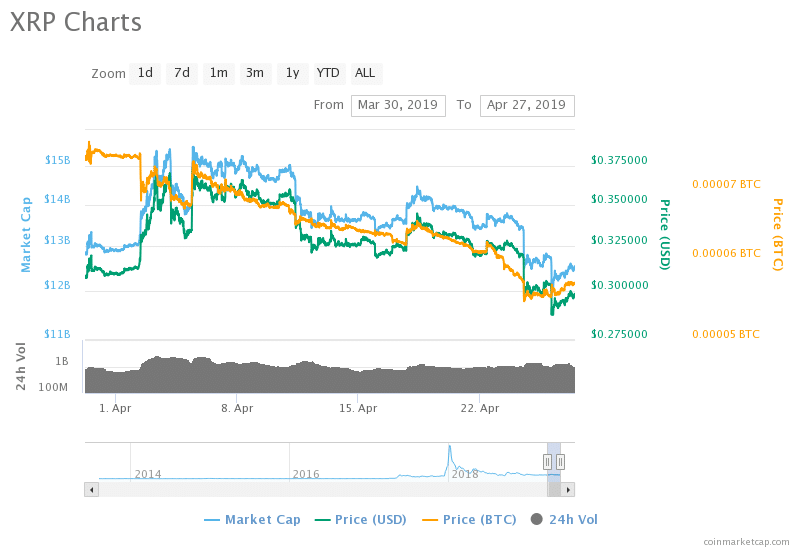 Earlier this year the news of Ripple team’s partnership with SBI Holdings had broke which resulted in the surge in prices of the coin to a considerable amount. Recently, it was announced that Yoshitaka Kitao, President & CEO of SBI Holdings Inc, is joining Ripple’s Board of Directors. The news has made a considerable impact in the otherwise volatile crypto world and assured the analysts, investors, and enthusiasts about the long term plans of the coin by bringing in key partners onboard. Ripple has sold over $169.42 million worth of XRP in the first quarter of 2019, and this is just the beginning of the long successful journey of XRP. The price can reach as high as 1 USD by the end of 2019, 10 USD by the end of 2 years and five years down the line it can be around 20 USD.

Will Unita Be The Gamechanger For Qtum (QTUM) As The Founders Seek New Partnerships From Global Enterprises?

Zilliqa (ZIL) Price Analysis: With Or Without Facebook, Zilliqa Has Got The Wonder Broom To Fly High Soon