Ripple is arguably one of the most advanced crypto-blockchain projects in the world, partnering with more than 200 banks and other financial institutions across the globe. One of the major countries of focus for Ripple has been South Korea, which itself is among the fastest-growing blockchain hubs globally. Cross-border payments firm Sentbe, Ripple’s Korean partner, has now praised the company stating that the Ripple is helping it, enabling financial inclusion of the large population of Korean migrant workers.

Through RippleNet, Sentbe users have saved $25 million on transactions. “By creating a more cost-effective, fast and convenient way to send money home, we give each of our customers the opportunity to improve their lives.”-J Young Lee, Co-founder at Sentbe https://t.co/xKbMyv8U9s

In a blog post on its website, Ripple said that Sentbe keeps questioning the traditional finance one a daily basis, which helps it push the envelope of innovation. Sentbe is a partner of SBI Ripple Asia, which is a joint venture between Asian giant SBI Holdings and Ripple. J Young Lee, Chief Strategy Officer and Co-Founder of Sentbe said,

“Cross-border payments are typically expensive and time-consuming, but with RippleNet’s help we’ve made them faster, cheaper, more convenient. Now we want every hard-working migrant in Korea to know about and have the ability to access this better way of sending money home to their families.”

Lee further stated that migrant workers had to waste as much as four hours on a Sunday, the only week off, at the nearest money transfer service point, which made it extremely inconvenient for them and their families. The families of the workers are generally from remote areas and mountain regions and face great difficulty to access the money they need. “We wanted to make payments 90% cheaper, take just five minutes to send from your mobile device, and create diverse recipient channels to make it more convenient for everyone,” Lee further added.

XRP Price Corrects Down to $0.16 After its Second Bullish Spike 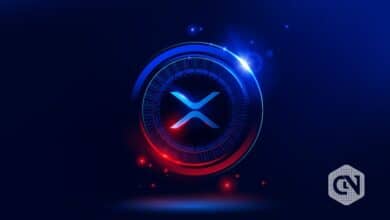